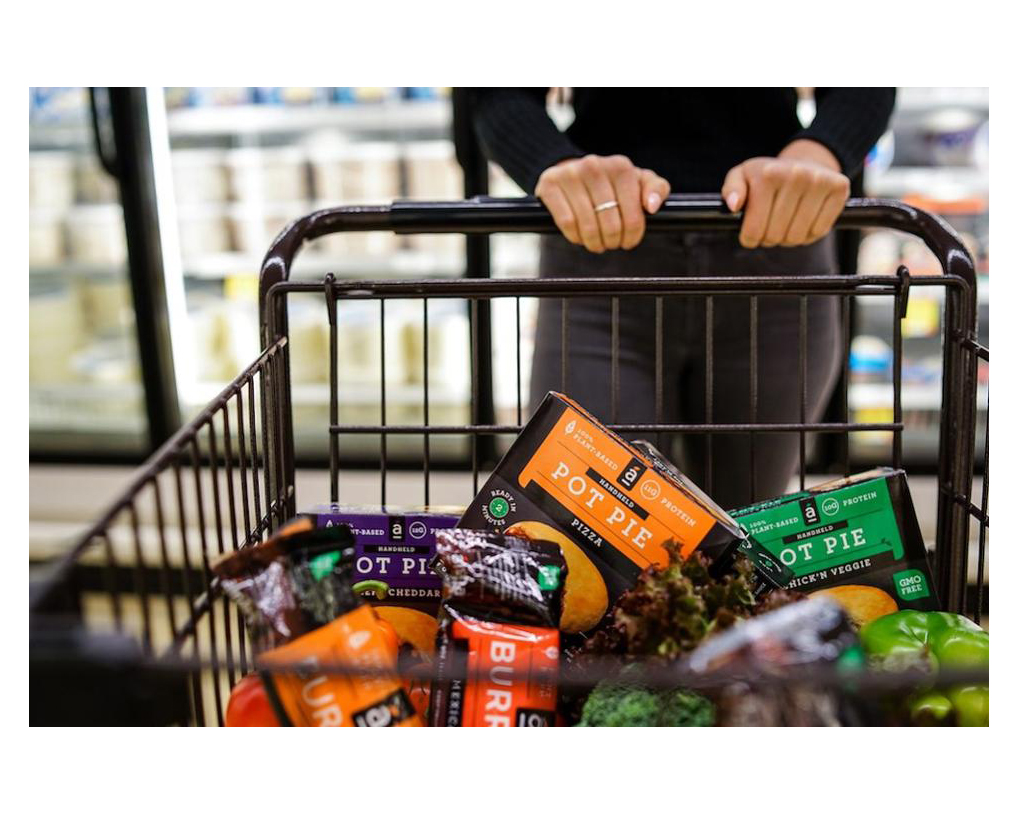 Alpha Foods, which was launched in 2015 by Loren Wallis, former founder of Good Karma Foods (later acquired by Dean Foods in 2018), and former VC investor Cole Orobetz, has raised a $28 million investment, led by VC fund AccelFoods, with other existing investors, including New Crop Capital and Green Monday Ventures, in addition to the newly established VC fund Blue Horizon Ventures.

The investment brought the company’s total raised funding to just over $40 million.

Alpha Foods said it plans to use the latest funds to launch new products, hire more employees, expand distribution channels both domestically and internationally, as well as increase consumer engagement through additional marketing and sales support.

The plant-based meal provider has grown its portfolio from four to more than 25 vegan and non-GMO products since the inception of its operations, and they are currently available in more than 9,000 U.S. stores, including Walmart, Kroger, Safeway, and Wegmans.

“As we moved forward into the end of the year, we saw that it was a good opportunity to raise significant capital to help us meet that demand.”

He added: “We offer the broadest platform of plant-based protein options, with multiple species and multiple formats. We’re a one-stop-shop for the needs of a restaurant operator and we’ve begun to develop the foodservice channel in a number of areas. We’re excited about the Alpha chicken platform.”

However, what truly appeals to AccelFoods, which previously invested in high-growth CPG brands such as Four Sigmatic and Koia, is probably the newly emergent flexitarian consumer, driven by “the power of educated choice in opting to purchase products that have perceived health and environmental benefits,” according to the investment firm’s managing partner, Jordan Gaspar.

She wrote me via email: “Alpha Foods has a portfolio of products approachably and uniquely designed for this flexitarian consumer, touching on several major themes in food and beverage currently — functionality, portability and convenience, and sustainability.

“The broad positioning of the platform, coupled with proprietary formulations and a visionary, high execution team, make [Alpha Foods] the next contender in the plant-based arena.”

However, not all consumers are ditching meat for plant-based foods; many of them are simply opting for better quality meat, which is driving the artisan meat snacks market filled with companies such as Country Archer Jerky Co.

The California-based company recently announced plans to move to a new 72,000-square-foot manufacturing facility later this Spring, after raising a $12 million investment from its long-term equity partner Monogram Capital Partners.

Country Archer said the expansion suggests the continued outperformance and strong growth of its meat snacks made with clean ingredients.

According to SPINS data, the company has the top five jerky SKUs in the U.S. natural channel, and their growth outperforms that of natural products meat snacks sub-category and the overall jerky category by 295% and 550%, respectively.

“As we continue to grow at such a rapid pace, one of the most important things to us is that we retain what makes our brand so special,” Country Archer’s cofounder and CEO, Eugene Kang, said. “We’re a heritage company that is still making a craft product the exact same way that the artisan butcher who taught me did.”

Cofounder and partner of Monogram Capital Partners, Jared Stein, notes it is unique for a brand in the jerky space to control its production.

“Vertical integration and owning quality control are key,” he said in a statement. “With their commitment to manufacturing in-house and maintaining authenticity in their products, we are confident that Country Archer will prove to be an even bigger force in the meat snacks space.”

Country Archer is expected to double its production capacity after moving to the new factory.