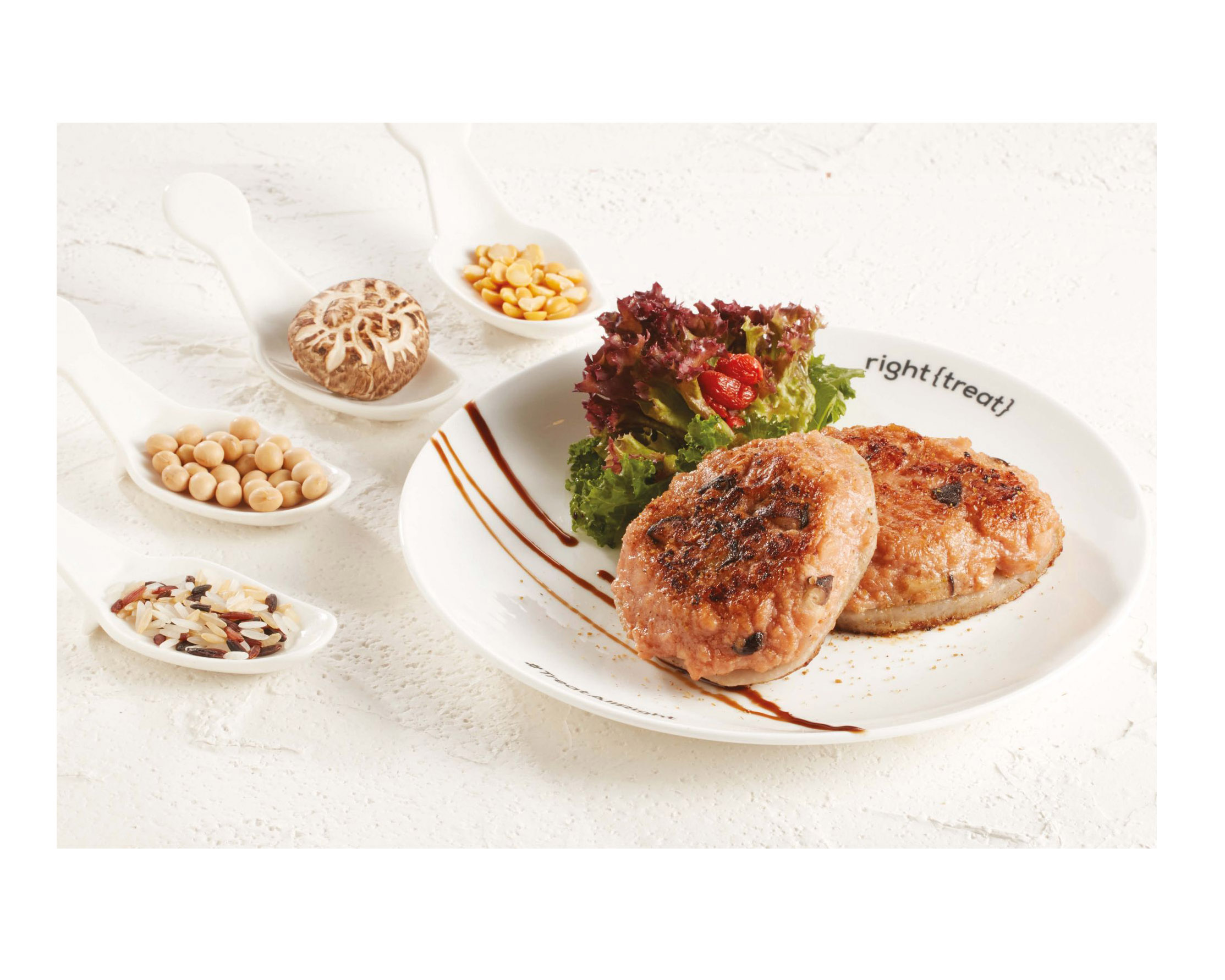 What You Need To Know About Investing In Plant-Based Meat

As plant-based meats become a standard offering on menus and in supermarket aisles, we look at why sustainability-minded investors are drawn to companies such as Beyond Meat, Impossible and Omnipork.

Meat is a luxury that many take for granted, but a growing number of people believe it’s one that we can no longer afford—in terms of human health, animal welfare and the environment.

As the effects of climate change become more tangible, people are paying attention to the fact that livestock contributes nearly 15 per cent of total greenhouse gas emissions. They are also more concerned with animal welfare and recognise that too much meat—particularly poor quality meat— is shortening human lives. If the world went vegan, the global healthcare bill could drop by up to US$1.5 trillion by 2050, according to the Vegan Society.

THE RISE OF ALTERNATIVE MEAT PRODUCTS

Of course, the prospect of actually going vegan has long been unappealing due to the joyless way it’s often presented. Plant-based meat brands are changing that dramatically with products that are viable replacements for the real thing. According to Barclays, alternative meat products could take a $140 billion or 10 per cent share of the world’s meat market within the next 10 years, from just $14 billion today.

“It’s the first time for veganism to take a Tesla approach,” says Jean-Yves Chow, a food and agriculture analyst at Mizuho Bank. He sees the products as something meat lovers are willing to buy “because they like it,” not just because it’s the responsible thing to do—a huge shift.

Chow sees plant-based meats as “just the beginning of how food is changing, as investors start looking at different areas that can have an impact either on health or the planet.” He sees seafood, which a number of companies are now starting to experiment with, as potentially easier to get right than meat. For the sector to endure, it must consistently offer products that taste at least as good as the ones they are replacing.

At the moment, novelty is driving growth, says Chow, adding that it will be important to maintain that to keep the consumer engaged, with brands currently lacking differentiation.

There are other challenges: plant-based meats have been criticised for being just another unnatural, processed food. But Chow sees a bright long-term outlook based on the inevitable dietary changes that come with ageing societies, the shortage of protein in Asia and the potential of the B2B market.

As competition in the sector intensifies, here are three brands to keep an eye on:

Investment from the likes of Jay-Z, Bill Gates and Li Ka-shing has helped the maker of Burger King’s Impossible Whopper reach a valuation of US$2 billion. There is speculation that the company will launch an IPO next year, but CFO David Lee declines to be drawn in, saying that the emphasis is simply on scaling up in the US and making the Impossible Burger widely available globally. The product just went on sale at supermarkets in the US, albeit three years behind its closest competitor, Beyond Meat.

“We are 100 per cent focused on our mission to replace all animals in the food production system by 2035, and this is our top priority,” Lee says.

The goal is to produce “a full range of meats and dairy products for every region in the world.” Staying at the forefront of the sector means continuing to win over “die-hard meat lovers,” and Lee says that in Hong Kong, Impossible is working to show how its burger can be used in Asian cuisine. A recent example is a partnership with My Meat Run Laboratory, a plant-based restaurant in Lai Chi Kok, to promote Impossible’s taste and sustainability credentials.

Attracting and retaining Asian consumers is key. Lee notes that Asia accounts for nearly half of global meat demand, and the regional appetite is growing rapidly. “This demand is expected to continue to skyrocket over the next decade unless consumers have a true alternative that does not compromise on taste, nutrition, versatility and affordability,” he says, adding that Impossible sees mainland China as the biggest opportunity for its “environmental mission.”

The search is underway for government and industry partners. “We want to partner with China to create the world’s most robust, resilient and sustainable food system,” says Lee. The ambition is admirable, but there is already domestic competition; Shenzhen-based Whole Perfect Food is just one of the many Chinese companies looking to introduce plant-based meat to the country.

The prospect of a partnership with McDonald’s propelled the Los Angeles-based company’s stock to new heights in late September 2019. Apparently taking its lead from Impossible’s arrangement with Burger King, McDonald’s is set to serve up a PLT (plant, lettuce and tomato) burger in Ontario, Canada.

Shares jumped 11.5 per cent at the news, highlighting the level of interest in the company’s activities, especially given that the PLT will only be available for 12 weeks. McDonald’s is treating the initiative as a test and, if it proves successful, it will introduce the Beyond Meat burger in other locations, according to reports.

Beyond Meat declined to comment for this article, with a spokesperson citing “subject matter circling around the IPO.”

One of few publicly listed plant-based meat brands, Beyond Meat made a dramatic debut in June, with the stock climbing nearly 600 per cent that month. That sparked an inevitable clamour that the company is overvalued, which could well be true. While it is valued at US$10 billion, it has yet to turn a profit. The brand is noted for challenging supermarket distribution norms by negotiating placement in the meat section, which will likely serve it and competitor brands well but remains controversial; retailers’ policies could still see Beyond Meat shunted to the vegan aisle.

Beyond Meat’s backers, who include high profile athletes such as basketball players Chris Paul and Kyrie Irving, as well as Leonardo DiCaprio, help reinforce its credibility. But even though it has a head start on Impossible Foods, it is set to become increasingly squeezed, with food giants set to join the fray next year, for instance, Kellogg’s with the launch of Incogmeato.

People have come to expect their vegetable protein burgers to “bleed,” and Hong Kong’s own OmniPork dutifully offers this benefit alongside its better established US competitors. Its big difference lies in the fact that it chooses to mimic a meat other than beef, which gives it a big advantage in its region of origin.

“Pork is the most consumed meat in Asia, so while most of the plant-based innovations are for Western food, OmniPork is designed specifically with Asian culinary applications in mind,” says David Yeung, the brand’s founder. It is currently readying a line of ready-to-eat dumplings and dim sum.

That positioning alone suggests it will be able to stand firm against Impossible’s push into mainland China. OmniPork plans to expand there in the fourth quarter of 2019, with a presence on Alibaba’s Tmall and thousands of restaurant partnerships, according to Yeung. He says the company is also looking to enter Taiwan, Singapore and Thailand.

OmniPork’s aims are not as bold as Impossible’s. Yeung expresses no wish to put the meat trade out of business, but says he wants to “shift the world towards a more sustainable diet and lifestyle.” The initial challenge is to break down negative views of vegetarianism. An advantage of OmniPork is that it operates as part of an ecosystem—social advocacy platform Green Monday.

The appeal of burgers is limited, and in this respect, OmniPork is already ahead of much of the competition. “I always emphasise that food is cultural, social and emotional,” says Yeung. “While food technology innovation is certainly exciting, we must not lose sight of the heritage and food culture of each country.”

This sensitivity stands OmniPork in good stead in a region where every nation takes an inordinate amount of pride in its cuisine. But ultimately, he thinks people should feel compelled to embrace the movement. “We expect a continued hike in realisation that a shift towards plant-based isn’t a choice but a must,” he says.