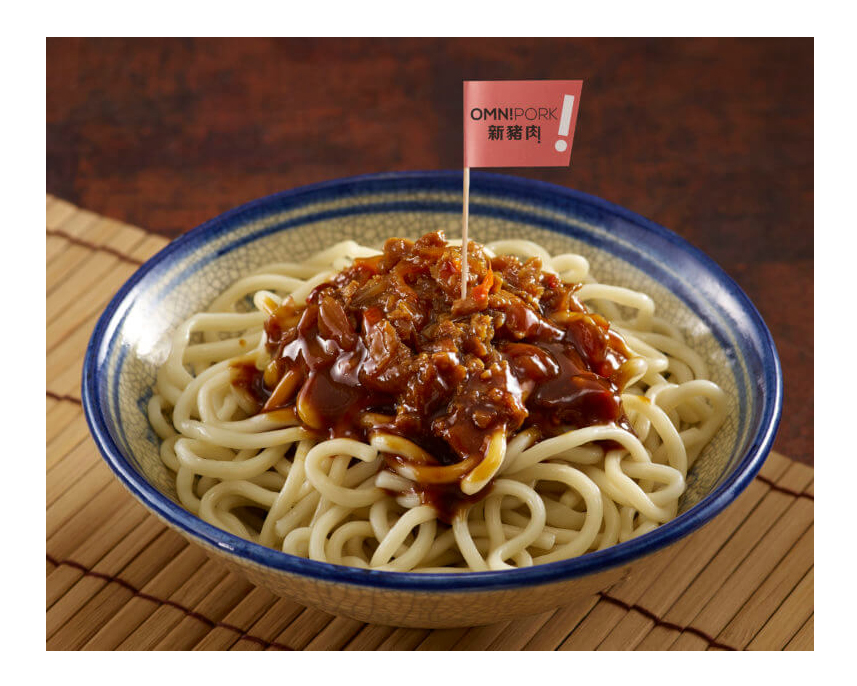 As we reported last month, Omnipork dumplings have been selling at the astonishing rate of a million per week in Taiwan’s biggest fast food chain Bafang Yunji – which even outrivals McDonald’s in Taiwan – so the market is primed for these new instant cup products which are a daily staple in most Asian countries.

The Instant Meal Cup series includes: Braised OmniPork Noodles in Korean Style and Stir-fry Thai Basil OmniPork with Rice, two products are now available at over 3,600 stores across Taiwan, priced at TWD49 each.

“Taiwan ought to be the leading region in Asia to embrace the newest plant-based eating lifestyle. We have received an enormous amount of enthusiastic and positive feedback since the Green Monday launch in Taiwan. Therefore, introducing plant-based instant cup meals in partnership with Family Mart will allow Taiwanese to enjoy healthy meals more conveniently. We are looking forward to great achievements and believe this instant cup meals launch will bring about a new wave of healthy, convenient and ecofriendly diet trends.” Founder of Green Monday, David Yeung said.

OmniPork is comprised of a proprietary blend of plant-based protein from pea, non-GMO soy, shiitake mushroom and rice for complete protein. It contains 0mg cholesterol, is antibiotic-free, hormone-free, cruelty-free, and 86% lower in saturated fat and 66% lower in calories than real pork, while offering much higher fiber, 2.6 times more calcium and 127% higher in iron.