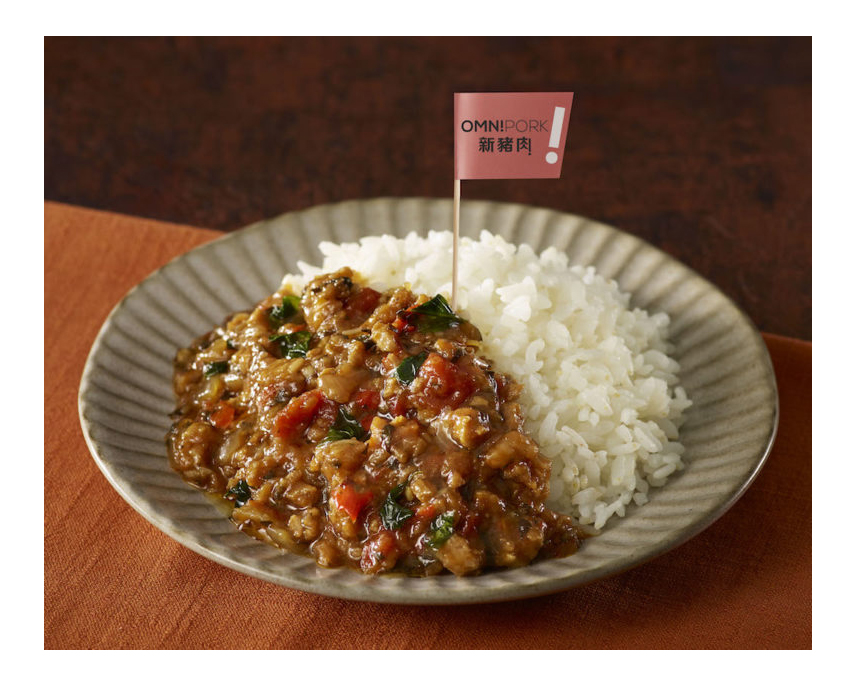 Hong Kong’s plant-based social enterprise Green Monday has partnered with Taiwan’s major chain of convenience stores FamilyMart to launch a line of Omnipork instant meals across 3,600 locations in the country. This follows Green Monday’s recent successful partnership with Taiwan’s biggest quick service restaurant chain Bafang Yunji, which is attracting 1 million Omnipork dumpling sales each week. The rapid growth of Omnipork is testament to the traction that the meat-free and flexitarian movement is gaining in Asia, a positive sign for the region’s plant-based industry.

Taiwan’s major corner store chain FamilyMart has recently partnered up with Hong Kong-based social enterprise Green Monday to debut a co-branded line of Omnipork instant meal products. Called the “Omnipork Instant Meal Cup” series, the two products that just launched for TWD49 (US$1.63) each includes the Korean-style Braised Omnipork Noodles and the Stir-fry Thai Basil Omnipork with Rice. Both products are now available across all 3,600 locations of FamilyMart in Taiwan, which makes up a significant portion of the estimated total of 10,000 convenience stores in the country.

Developed by Green Monday’s food innovation arm Right Treat, Omnipork is a vegan minced pork alternative made from rice, mushrooms, non-GMO soy and pea protein. It comes at a fraction of the environmental footprint while containing no cholesterol, no antibiotics and offers 2.6 times more calcium than conventional pork products.

Omnipork’s growth in the region, especially in Taiwan, has shattered records of other plant-based food techs globally. Green Monday’s successful partnership with Taiwan’s largest QSR chain Bafang Yunji, for instance, is drawing in 1 million Omnipork dumpling sales every week, which would equate to an estimated 52 million Omnipork dumpling products sold in a year. It effectively dwarfs the 13 million burgers sold by Impossible Foods over 2016 and 2018, and the 25 million Beyond Meat patties sold as of January 2019.

Outside of Taiwan, Omnipork has made its way throughout Green Common stores, mainstream supermarket shelves and F&B venues across Asia, including Hong Kong, Singapore, Thailand and in mainland China through Alibaba’s e-commerce platform Tmall and a limited edition collaboration with Shanghai-based locations of Taco Bell. Most recently, Omnipork landed on the shelves of all 25 T&T supermarket locations in Canada.

The groundbreaking success of Omnipork is testament to the fast growing traction that the meat-free and flexitarian movement is gaining globally, but particularly in Asia. Much of the massive business opportunity in the region has been driven by the Asian consumer market’s rising awareness about the environmental and health impact of meat consumption. According to Euromonitor figures, with Asian consumers on board, the plant-based meat substitute market globally is expected to expand to almost US$16 billion this year.

A number of other home-grown plant-based startups are also vying to catch budding plant-based and flexitarian shoppers in Asia. Beijing-based Zhenmeat, for instance, has made a range of vegan-friendly meat products tailored to Chinese tastes, while Singapore’s Karana is using minimally processed young jackfruit to create a whole food healthy meat substitute. While Malaysia and Hong Kong-based startup Phuture Foods’ Halal and Buddhist-friendly pork product has yet to launch, the team has signalled plans to launch in Hong Kong, Singapore, Malaysia and China in the near future.