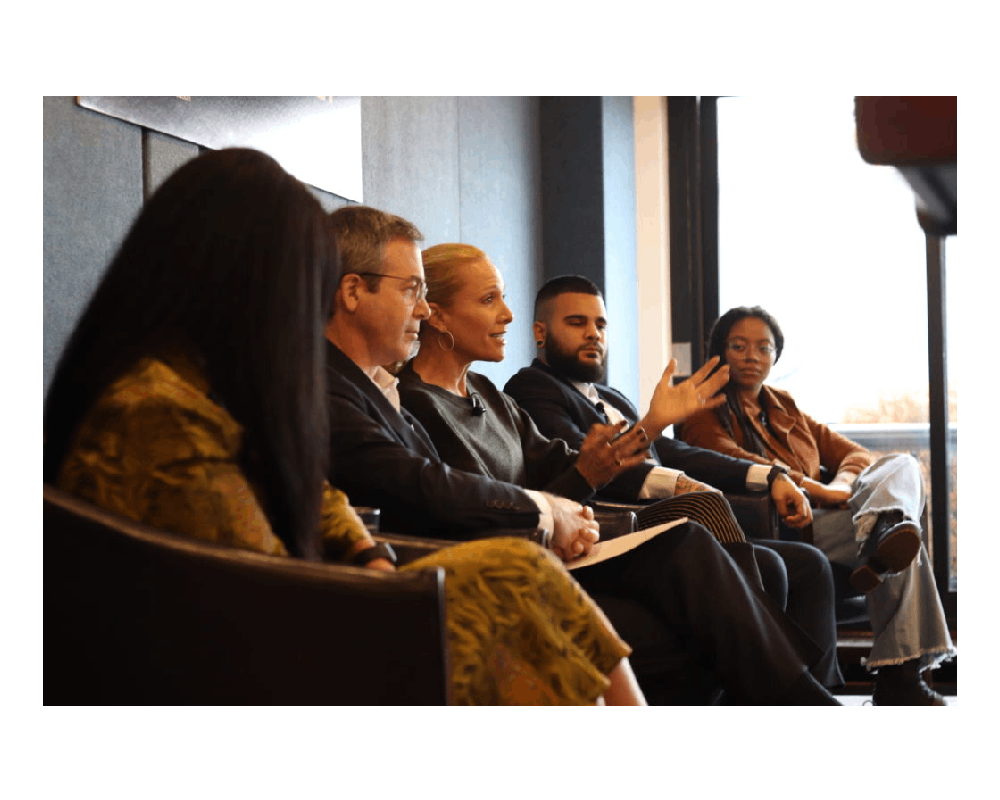 Americans are open to plant-based diets — but they don’t know where to start.

That’s according to a new report, “Climate Change and the American Diet,” published this morning by Earth Day Network and the Yale Program on Climate Change Communication.

The report, which surveyed 1,043 American adults, found that more than half of Americans are open to eating more plant-based foods, but they don’t know what to buy. Additionally, that same number said they’d eat more plant-based foods if they better understood their meals’ environmental impacts.

“We have a huge opportunity here to educate the American public about the power of plants and how [plant-based diets] can play a positive role in slowing down the pace of climate change,” said author and entrepreneur Nil Zacharias, who moderated the press conference that accompanied the report’s release Thursday morning.

The problem, however, is that many Americans aren’t hearing or talking about their food’s carbon footprint. More than half of those surveyed have rarely heard about the environmental impact of food in the media. And nearly two-thirds said they rarely talked about how their food affects climate change. That same number said nobody has ever asked them to eat more plant-based foods.

In short, people don’t have the information, and aren’t having the conversations, to change their eating habits.

“[There is] a huge gap between people’s understanding of the reality of food system versus what they think in their heads,” said Anthony Leiserowitz, director of the Yale Program on Climate Communication and co-author of the report, at the press conference.

That gap, as well as lack of effective communication, means that despite recent high-profile global reports on the connections between food and climate (like Special Report on Climate Change and Land from the Intergovernmental Panel on Climate Change), we’re missing an opportunity to drive climate action through diet change.

A fifth of people surveyed reported already using plant-based dairy alternatives between two to five times a week. This willingness coincides with the growing popularity of plant-based foods. Though only 4% of those surveyed identified as vegan or vegetarian, more and more people are eating plant-based alternatives.

We’re at the early stages of what may be a profound shift in the American diet.

ANTHONY LEISEROWITZ, DIRECTOR, YALE PROGRAM ON CLIMATE CHANGE COMMUNICATION
These diet shifts may help to lessen some of meat’s tremendous strain on our planet’s resources, as well as the industry’s significant carbon footprint. Animal agriculture accounts for at least 14% of global greenhouse gas emissions and is the largest single-contributor of methane, a potent greenhouse gas that has a warming potential 26–34 times higher than carbon dioxide over a 100-year period.

Companies like Beyond Meat and Impossible Foods have eased the transition from meat, creating plant-based meat alternatives that mimic the texture and taste of beef. Delicious and convincing plant-based alternatives may help convert meat-eaters, as taste is a large barrier to plant-based diets, according to Thursday’s report.

Chefs like Erick Castro, who runs the Instagram account How To Be Vegan In the Hood, are attempting to take down this perceived barrier, making delicious food out of all plant-based ingredients. Castro, a panelist Thursday morning and an ambassador to Earth Day Network’s Foodprints for the Future campaign, spoke to Earth Day Network after the event.

An additional barrier to plant-based diets is perception. Meat is a staple of most American diets, with 71% of survey respondents eating beef alone at least two to five times a week. To slash that number requires an incredible change of behavior.

“A lot of people are afraid they’re going to lose that culture, that taste [of meat],” said Haile Thomas, Foodprints ambassador and CEO and founder of The HAPPY Org, at the press conference. “But when we change our perceptions, we … realize that what’s on our plates is a form of purpose and contribution to the world, [and] that’s when you really activate the best of humanity.”

Plant-based barriers
While Thursday’s report outlines a willingness for people to eat more plants, it also highlights the many barriers people perceive to eating a plant-based diet.

Cost, however, may not be as prohibitive as some people think.

“Most plant-based foods are actually cheaper,” said Leiserowitz. “That’s a key misperception in many people minds.”

A healthy plant-based meal is roughly the same price as a healthy meat-based meal. Consumer misconception may stem from the price of plant-based meat alternatives like Beyond Meat, which go for about $9/pound. But beans and lentils, both packed with protein, are only about $1/can, if that.

Access is also an issue, especially for lower-income Americans. Many Americans who want to eat plant based are limited by their distance from a grocery store and access to fresh produce. The Yale-Earth Day Network report suggests that communities need to invest more to ensure all consumers have access to fresh food.

“I think focusing on food deserts, making sure food knowledge is shared equally, would be a tremendous impact for everyone,” said Castro.

On the flipside, over 90% of Americans surveyed said health is an important motivation to choose plant-based foods. With that in mind, over half of American surveyed said they are willing to eat less red meat. As reports continue to link red meat consumption to heart disease and weight gain, and health concerns are ever present in consumers’ minds, more people may consider more plant-based purchases in the future.

Better communication for a greener planet
When it comes to climate change, our current consumption trends are simply unsustainable. With the large carbon footprint of animal agriculture, consumer openness to plant-based foods marks a step toward a greener future.

“When we think about our food choices, we don’t think about how [those choices] affect the planet,” said Earth Day Network Food and Environment Director Jillian Semaan, who co-authored the report. “The most immediate action we can all take individually is to stop eating meat and dairy, or at least reduce your meat consumption.”

The most immediate action we can all take individually is to stop eating meat and dairy, or at least reduce your meat consumption.

JILLIAN SEMAAN, DIRECTOR OF FOOD AND ENVIRONMENT, EARTH DAY NETWORK
To get here, we must drive this point home. The findings from today’s report from Yale and Earth Day Network suggest there are plenty of opportunities for climate communicators to get their message out and influence the public’s diets for both personal health benefits and long-term benefits for the planet.

“By focusing on what motivates people, we have a better chance of using language and communicating to them in ways that will get them to try something different and new,” said Zacharias, speaking to the report’s significance. “We need to change this narrative around climate change from one of fear and dread and start to look at it as an opportunity … We have the power to make the right choice every time we sit down to eat.”

Earth Day Network is building a future where everyone has access to low-impact, healthy food that’s good for us and for the Earth. Learn more about how to fight climate change with diet change at Earth Day Network’s campaign Foodprints for the Future.