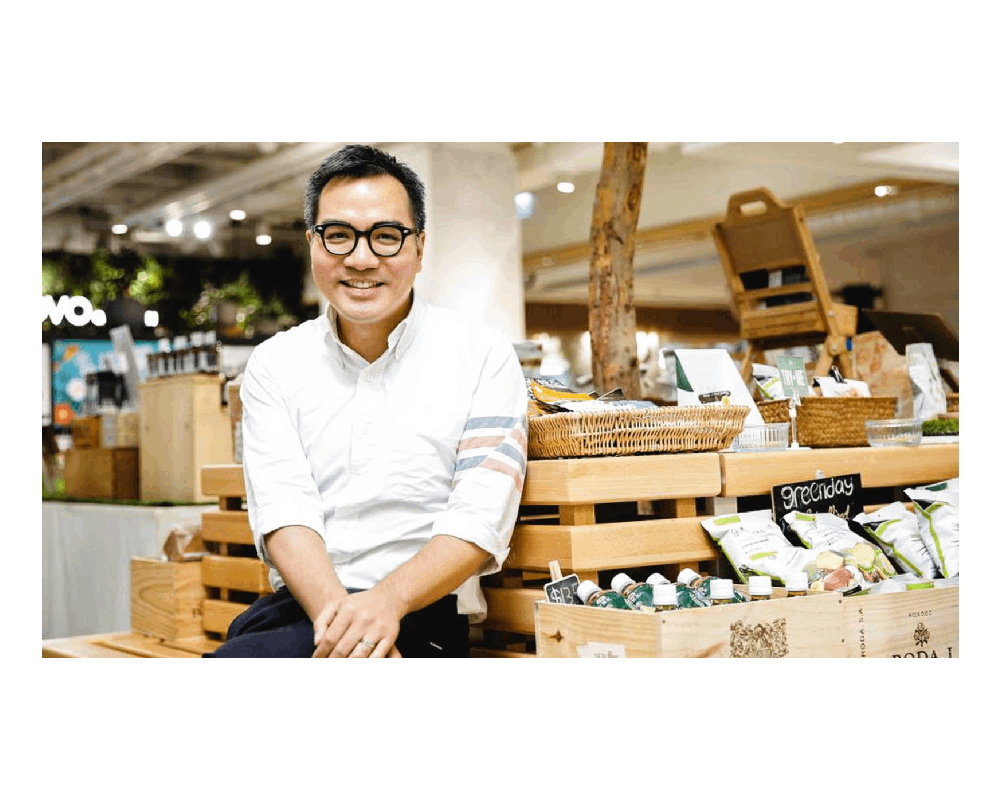 Can cutting out meat on a Monday prompt a new paradigm of conscious consumption? Award-winning social activist and entrepreneur David Yeung believes it’s a good place to start. As the story of Green Monday shows, big movements often start small.

The seed for Green Monday was planted when founder and CEO David Yeung heard that livestock produce more carbon emissions than all transport combined. He also realised that current food production methods could not feed the world’s growing population by 2050, if not sooner. “That was the moment when I said ’you know something needs to be done’, and if no-one else is doing it, or not enough people are doing it, then maybe I need to take action,” David explains. His response was a social-start-up advocating for meat-free Mondays.

Change begins on a Monday
Don’t let the simplicity of the meat-free-Monday approach fool you: David thinks big. A plant-based start to the week is intended to symbolise new beginnings, kickstart conversations and ultimately act as a catalyst for large-scale change. “We need to create a new paradigm of living, a new paradigm of consumption. It will require joint effort from governments, from corporates and certainly from individuals,” David explains. “And hopefully, after they find out that plant-based food can taste so good and there is no sacrifice [on taste], they can at least do it once a week – like, say, Green Monday.”

Shifting culture is not easy. No matter how innovative the products are, they alone cannot solve the problem – we need a holistic platform and experience.
David Yeung, Co-Founder of Green Monday

The message is clear: there is no need to sacrifice on taste in caring for the environment. In a world where you can be anything, David wants you to be kind when it comes to food. He believes that ’doing good’ can, and does, go hand-in-hand with people having “their minds blown by great food”. It seems that consumers are in agreement. David reports a notable increase in conscious and mindful food consumption over the last 12 to 24 months. And, in January, OmniFoods, Green Monday’s food tech company, reported selling one million units of its new OmniPork dumplings per week upon launch.

Something to aspire to
Bringing about consumer change requires work. And, when it comes to food, David himself points out that there’s a whole lot more to mealtimes than just the products alone. “With food it is much more than what you put in your mouth. It is about the whole experience,” he says. “It is about a culture. Shifting culture is not easy. No matter how innovative the products are, they alone cannot solve the problem – we need a holistic platform and experience”.

The creation of a lifestyle- and experienced-driven community is one of the reasons Green Common was launched. Creating an aspirational lifestyle around plant-based living is a key strategy employed by Green Monday and it seems particularly alluring to younger generations, to those who will later bare the consequences of food-security decisions made today. “This is no longer just a personal choice of whether we care more about animals, or certain people are ‘tree-huggers’,” David explains. “We are in this together… We’ve got to create the kind of movement that can bring people forward in a synchronised way”.

While times, product ranges and consumer awareness have changed since Green Monday started, David feels the need for urgency. His social enterprise seems set to evolve as needed, when needed. “Whatever it takes to aggregate people to make change together, that’s what we are doing,” he states. “Whatever it takes to move the needle, because the clock really is ticking, the old way is not working. To me, innovation and sustainability must go hand-in-hand.”