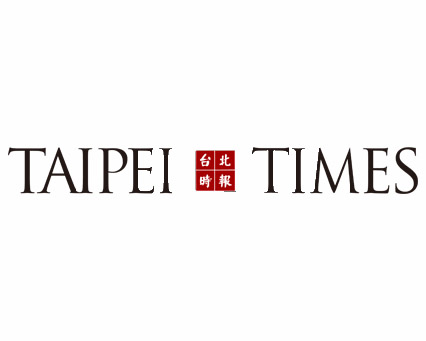 It is Friday afternoon at the Venetian Macao’s Portofino restaurant and on the terrace a handful of chefs in white uniforms are preparing the casino hub’s famous pork chop bun for waiting guests.

However, today the bun has a difference. As guests dive in, they were biting not into pork, but into a vegan patty created to mimic pork’s taste and feel.

In a region where pork is king — it is the favored meat in most dishes — switching diets to a tasty vegetable substitute could be a major way to curb climate change, experts have said.

However, will “Omnipork” pass the taste test?

“The appearance and texture is the same, I can’t tell the difference,” said Suki Chu, who runs a Facebook cooking group called Be Jealous by JM and was there with her husband and 11-year-old son.

Eric Tang, who works in customer services at a telecom, agreed that the patty looks like minced pork, but notices a subtle difference in the taste.

It does not have “the gamy flavor of real pork,” he said.

A vegetarian for 18 years, Yeung started Green Monday to persuade diners to take one day a week off meat — a movement that has spread to 30 countries.

Now another venture, Right Treat, has created Omnipork for the Asian palate.

While beef and chicken is popular in the West, and US food technology firms like Impossible Foods Inc and Beyond Meat have created plant-based meat alternatives, pork has been overlooked, Yeung said.

However, pork is the most consumed meat globally, the Worldwatch Institute said, and is in high demand in Asia, particularly China.

“Chinese people use pork in everything,” Yeung said.

About 65 percent of all meat consumed in China is pork and China’s 1.4 billion people eat it in soups, dumplings, stir-fries and pork buns.

Omnipork — designed to mimic minced pork — aims to direct an emerging middle class away from meat as a staple.

With rising incomes, Asia’s meat consumption is expected to grow by one-third by 2030, said Asia Research and Engagement, an independent consulting firm on environmental, social and governance risks.

Land the size of India would be required by 2050 to satisfy this demand, it said, adding that producing pork also takes vast amounts of water and food crops, and generates huge waste and methane emissions.

Meat health and safety is also a concern in Asia, with tainted food scandals, antibiotics and hormone use, and the African swine fever taking a toll, Yeung said.

The Chinese government in 2016 advised its citizens to cut the amount of meat they eat each day.

This makes the meat industry ripe for disruption, Yeung said.

However, shifting diets in a country as huge as China would take time, so Yeung has launched Omnipork in the foodie and meat capital of the world, Hong Kong.

“If we can get the movement viral very quickly in a dense city like Hong Kong, it can create a domino effect across the region,” he said.

In Hong Kong, Omnipork is now served at 42 restaurant outlets and, after a recent launch, 80 outlets in Singapore are serving it as well.

Sands Resorts Macao, which runs the Venetian and four other resorts in the former Portuguese colony, offers Omnipork to 28,000 workers.

However, workers liked it so much that managers decided to offer it in 14 restaurants as well.

“We challenged our chefs to reinterpret what they were already cooking,” Sands China Ltd (金沙中國) senior vice president of food and beverage Tom Connolly said.

The dishes were tested on regular guests and “everybody thought it tasted like pork,” Connelly said.

With more guests asking for vegan and vegetarian fare, he said that he believes it is now time to offer more meat-free options.

However, how likely are consumers to switch en masse?

Global sales of plant-based meat products have risen an average of 8 percent each year since 2010, Persistence Market Research said.

The market for such products is expected to reach more than US$6 billion per year by 2023, market research firm MarketsandMarkets Research Pvt Ltd said.

Yeung said he has seen Beyond Meat sales rise fourfold in one year and vegan cheese maker Daiya Foods Inc has tripled sales this year.

“If it tastes good and consumers can access it, and feel like it’s not super expensive, then they’re going to eat it,” US think tank Food Tank president Danielle Nierenberg said.

The switch could have a big environmental impact.

Oxford Martin School researchers in 2016 said that a global switch to diets relying less on meat could slash greenhouse gas emissions by two-thirds, avoid climate-related damages of US$1.5 trillion and save up to 8 million lives by 2050.

The retail price of Omnipork is HK$43 (US$5.49) for 230g. That is cheaper than organic pork and comparable to imported pork, but more expensive than the HK$27 for 300g of pork at local markets in Hong Kong.

Meat is also seen as a festive and cultural food, so it might be hard to convince many people in China to give it up.

However, Yeung is optimistic.

The new generation of plant-based foods is nutritious, he said.

Omnipork is “cruelty-free,” has no antibiotics or hormones and is lower in saturated fat and calories than real pork, while offering more fiber, calcium and iron, he said.

Yeung’s plan for next year is to partner with Chinese hotels and restaurants, as well as food service companies, that cater to Fortune 500 companies and big tech firms’ cafeterias.