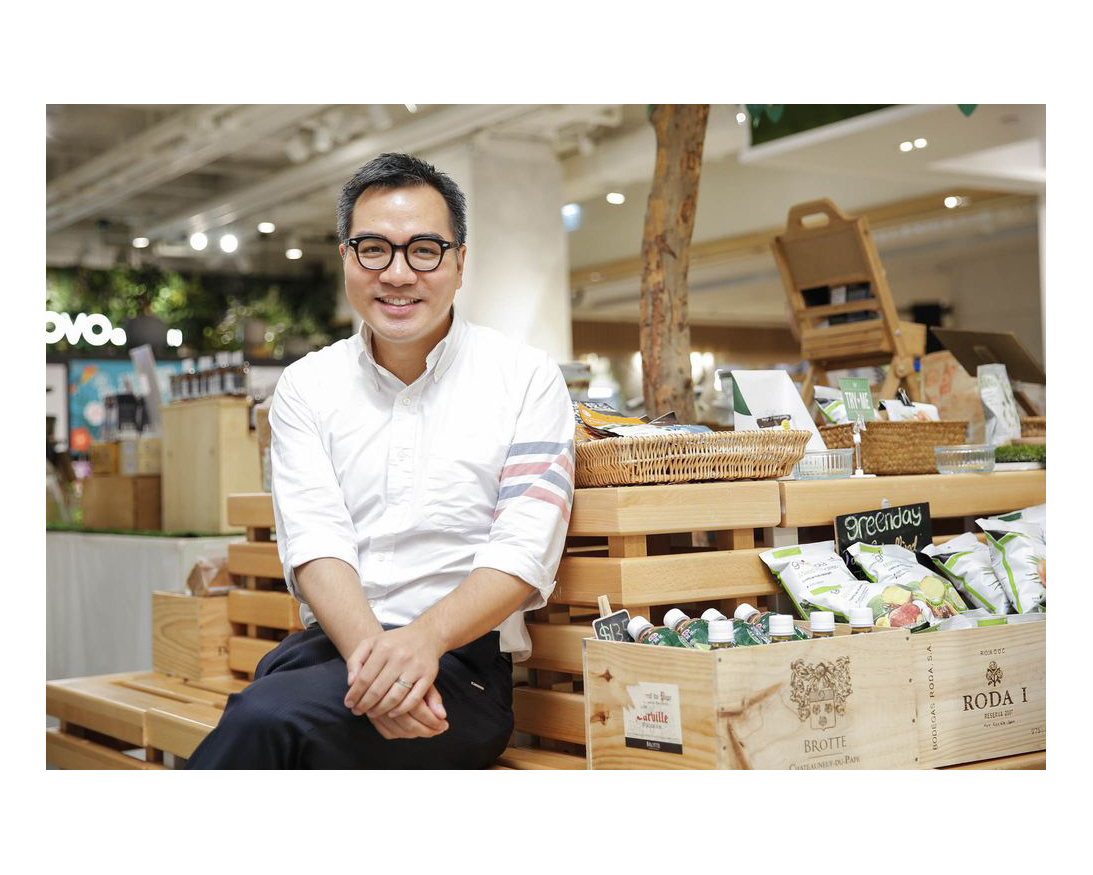 This Guy is Trying to Break Hong Kong’s Meat Addiction

The secret to getting the territory to cut down on its vast consumption of beef, poultry and pork is to not take meat away completely.

David Yeung believes that meat is the new tobacco. But the long-time vegetarian and practicing Buddhist won’t try to get you to stop eating meat. He just wants you to consider eating less.

That’s what he’s trying to do with the citizens of Hong Kong, who collectively have the highest per-capita meat and seafood consumption in the world, according to a 2015 study by Euromonitor. (Surprising, right? We’ll give you a moment to digest.) His life’s mission is to get the citizens of our planet—particularly his home city—to cut out eating animals at least one day a week. And it’s working: Menus inspired by his “Green Monday” philosophy appear in hundreds of restaurants across Hong Kong, and at schools and universities around the world.

Though Yeung grew up in Hong Kong, he spent over a decade living in New York. When he was 16, his family moved to nearby New Jersey to be closer to the fashion industry. His father was one of the four founders of the global clothing company Tommy Bahama. Yeung graduated from Columbia University in 1998 with a degree in engineering, spent a few years consulting for PwC and then launched a software startup (now defunct). He grew up eating meat, but in 2001 he dove into Buddhist philosophy, a core tenet of which is the truth of suffering. It wasn’t a big leap for Yeung to go from looking inward to looking outward, and he quickly concluded that by changing his diet he could stop the suffering of animals.

Shortly before moving back to Hong Kong, he read about Meatless Monday, a campaign that urged Americans to take one day each week off from eating meat. “I thought the word meatless was not the best choice. People aren’t going to say, ‘Oh, today let’s go meatless,’” he said. He also figured that regardless of language, ethnicity, geography and gender, “green” was a universally known word. “Monday,” too. “These have to be two of the top 50 words that people around the world learn,” said Yeung. So he made it positive and actionable: “Green Monday.”

Today, you can find Green Monday vegetarian menus offered at hundreds of restaurants around Hong Kong. It’s incorporated into the food service at over 600 universities in 31 countries, 84 of them in the U.S., including Yeung’s alma mater. You’ll find Green Monday menus at several hotel chains and even at Bon Appétit Management Co., which is best known for managing Google’s dining empire. The one thing he insists on when he signs up new partners is that they don’t remove meat entirely from the menu. This may seem counterintuitive, but it’s a mind shift. “If you completely remove choices for people, that’s when you get a backlash,” he said.

These small but important partnerships provide the foundational arm of Yeung’s Green Monday empire with helpful branding to grow its name recognition; to date, it works with more than 2,000 schools. As a mission-based entrepreneur, he makes it an integral part of his social-impact goals, which Yeung defines as bringing a triple-bottom-line to his organization: His work is good for the business, the community and the environment.