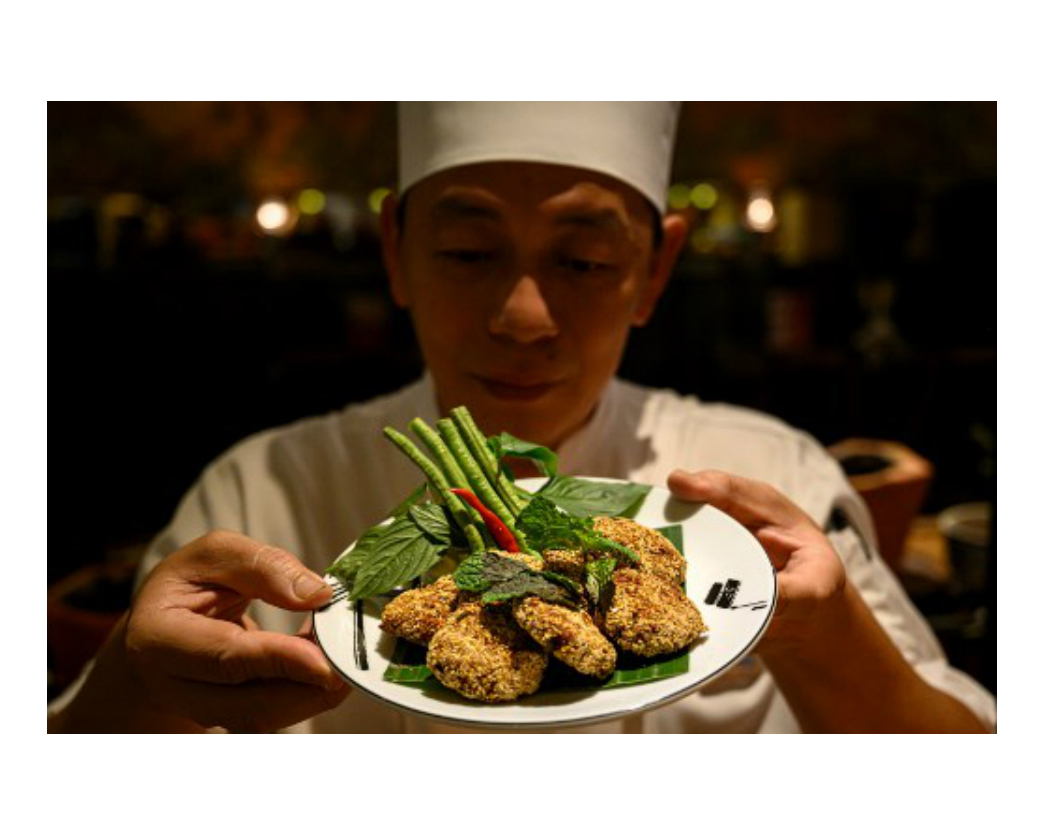 A sprinkle of chili, some pinkish “pork” and a few basil leaves tossed into a sizzling wok — chef Songpol swears his vegan version of punchy Thai favourite pad kra phao is a match for the original, as plant-based protein creeps onto Southeast Asia’s meat-heavy menus.

“It has the texture, the flavor (of pork). The rest is about technique,” he said in the bustling kitchen at the Bangkok You & Mee restaurant.

But he concedes some diners remain to be convinced of the merits of fiddling with old recipes in a country ferociously proud of its cuisine.

“They do not expect plant-based items to be cooked with Thai dishes,” he added.

Global food producers are racing to dominate the “alt-protein” sector, an industry Barclay’s bank estimates could be worth $140 billion in a decade, as environmental, ethical and health concerns drive a plant-based boom.

Shares of beef-less burger maker Beyond Meat soared from their initial pricing of $25 to over $65 on the first day of trading on Wall Street in May, whetting the appetites of both investors and consumers who shun animal products.

Burger King already sells the beef-free “Impossible Whopper” in many US locations, KFC has trialled vegan nuggets and wings, while plant-based milk, cheese and even seafood are proliferating.

But while the trend nibbles at the US’ gargantuan meat industry, alt-protein protagonists are also eyeing new frontiers including in Asia where millions are nourished on meat and fish-heavy diets.

Pork in particular is ever-present in rice dishes and noodle bowls across the region.

“It is designed with Asian food in mind,” said CEO David Yeung.

After Singapore — where the brand launched in restaurants late last year — Buddhist-majority Thailand has become a major Southeast Asian test bed for the mock pork.