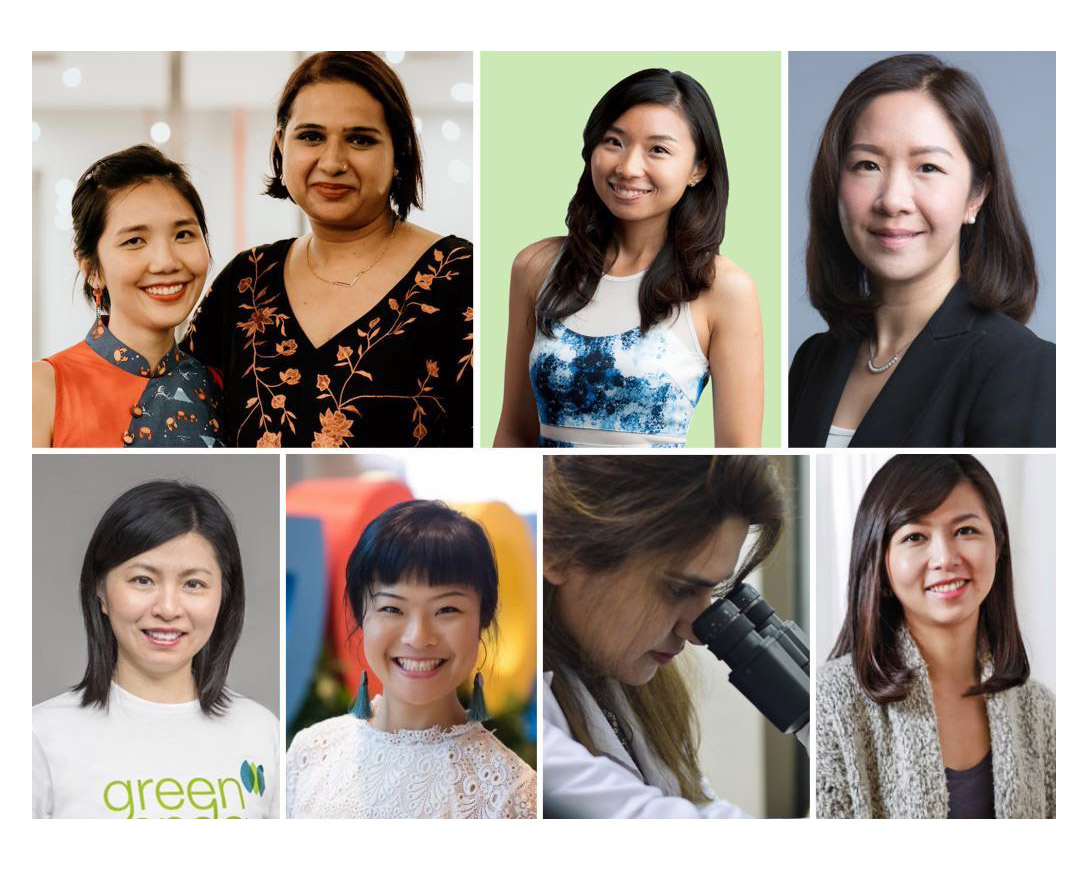 International Women’s Day is internationally recognised on the March 8th every year, and represents a focal point for women’s rights and is a celebration of the social, economic, cultural and political achievements of women. With climate change and global environmental issues topic on the world agenda this year, Green Queen hopes to highlight the women who are working to develop solutions to combat challenges we will be facing surrounding the issue of food. Here are 8 women who are tackling the problem and innovating solutions for a sustainable, healthy and nutritious food system across Asia.

While Green Monday’s David Yeung often makes headlines, the plant-based social enterprise’s Executive Director Jenny Ng has used her years of expertise to help expand the foundation’s mission to reduce meat consumption for the planet. Over the years, Green Monday has led Asia’s plant-based movement, launching in several countries to introducing meat-free restaurant options through its own café chain Green Common and restaurant partnerships across Asia. The company has also been responsible for the revolutionary vegan ground pork alternative Omnipork, which has taken the continent by storm and most recently made headlines for selling 1 million Omnipork dumplings per week in Taiwan.

Combining her years of business and commercial experience and passion for the environment, Carrie Chan co-founded Avant Meats with Mario Chin in 2018, a Hong Kong-based food tech startup developing cell-based fish maw (swim bladder) and sea cucumber. Using cellular biotechnology, Avant Meats is hoping to disrupt the local demand for prized culinary seafood delicacies in traditional Chinese cuisine, which is currently depleting key fish species in the region and is rampant with traceability and safety issues. Under Chan’s strategy supervision, Avant Meats have been able to scale up a fish cell into a fish maw product within just 6 weeks, and hope to launch the product by 2023.

Co-founders Dr Sandya Sriram and Dr Ka Yi Ling started Singaporean food tech startup Shiok Meats in 2018 to tackle the environmental footprint of traditional seafood farming as Asia’s consumption of seafood continues to grow. Using cellular technology to harvest seafood products in their labs, the duo has already managed to cultivate a shrimp product which has been sampled in the highly popular dish shrimp dumplings. Having recently been accepted into the US-based accelerator Y Combinator, Sriram and Ling are aiming to make their cultured shrimp commercially available this year, and are also working on developing cell-based crustacean meats such as crab and lobster.

Fengru Lin and Rabail Toor co-founded TurtleTree Labs with Max Rye in 2019, a startup currently producing the world’s first lab-grown dairy milk that recreates the exact composition, functionality and taste of cow’s milk at a fraction of the carbon footprint compared to conventional dairy farming. They have recently revealed that the company will also be developing a lab-grown human breast milk product that replicates the nutritional profile of mother’s milk for babies, which will have great impact on mothers who may not be able to breastfeed or children in exceptional circumstances such as orphans. Ultimately, the startup wants to support Singapore’s food security goal of producing 30% of the city’s nutritional needs.

Alongside Alan Phua, Verleen Goh founded Singaporean startup Alchemy Foodtech in 2015. As the “Chief Food Fighter”, Goh is on a mission to use biotechnology and medical technology in everyday foods in order to fight the global diabetes crisis. The company has created 5ibrePlus, a gluten-free and vegan product that can be incorporated into staple foods such as white rice, bread, noodles and flour in order to help lower the GI levels and increase the fibre content of these foods, presenting an innovative solution to help Asia combat its rising obesity and diabetes epidemic.

Matilda Ho is the founder and managing director of Bits x Bites, China’s first food tech venture capital investment firm financing the leading startups that are developing sustainable solutions for the challenges of our broken global food system. By supporting and providing funding to everything from plant-based protein innovators to artificial intelligence for consumer taste preference prediction to indoor farming solutions and insect protein companies, Matilda’s work through Bits x Bites is shaping a sustainable food system for China and wider Asia.