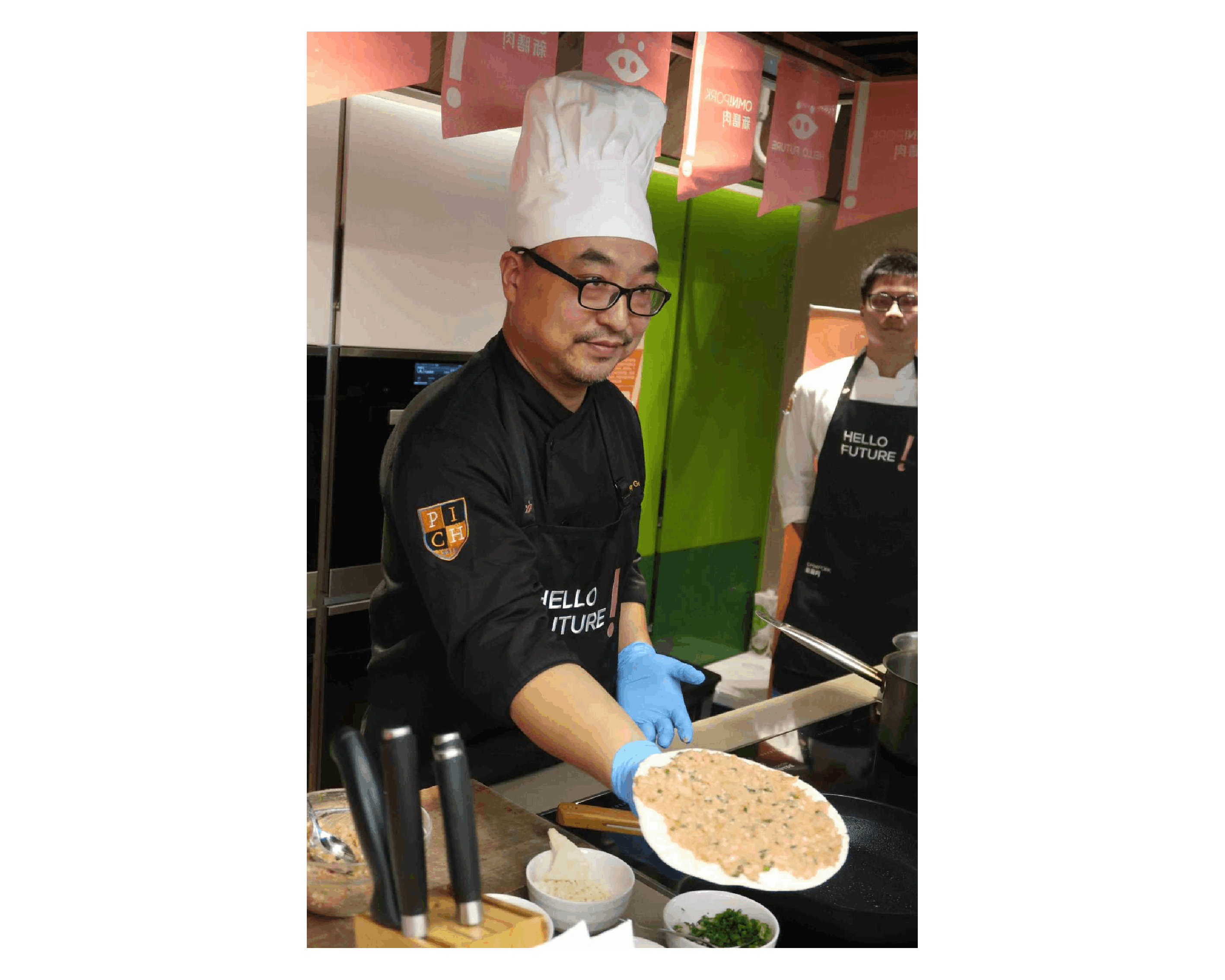 The meals, which include sticky rice in lotus leaf, pumpkin stir-fried noodles, multigrain rice with assorted vegetables, and “pork” with mushrooms, are priced at 32 yuan ($4,69) for a 220-gram pack. They can be found in supermarket chains such as Ole’, City Super, Parkson, Metro, Sogo and Apita.

David Yeung, the founder of OmniFoods, said that raising pigs, which makes up 65 percent of all meat consumed in China, significantly contributes to greenhouse gas emissions, water consumption and pollution.

“When consumers choose plant-based meats, the savings in water consumption, land-use and greenhouse gas emission is well over 90 percent,” he said.

“Many studies have estimated that plant-based meats will account for 10 percent of the meat market in 10 years. We see that as highly achievable.”

Earlier this year, major food and beverage chains such as Starbucks and restaurants under Yum China also introduced plant-based sandwiches and burgers to China.