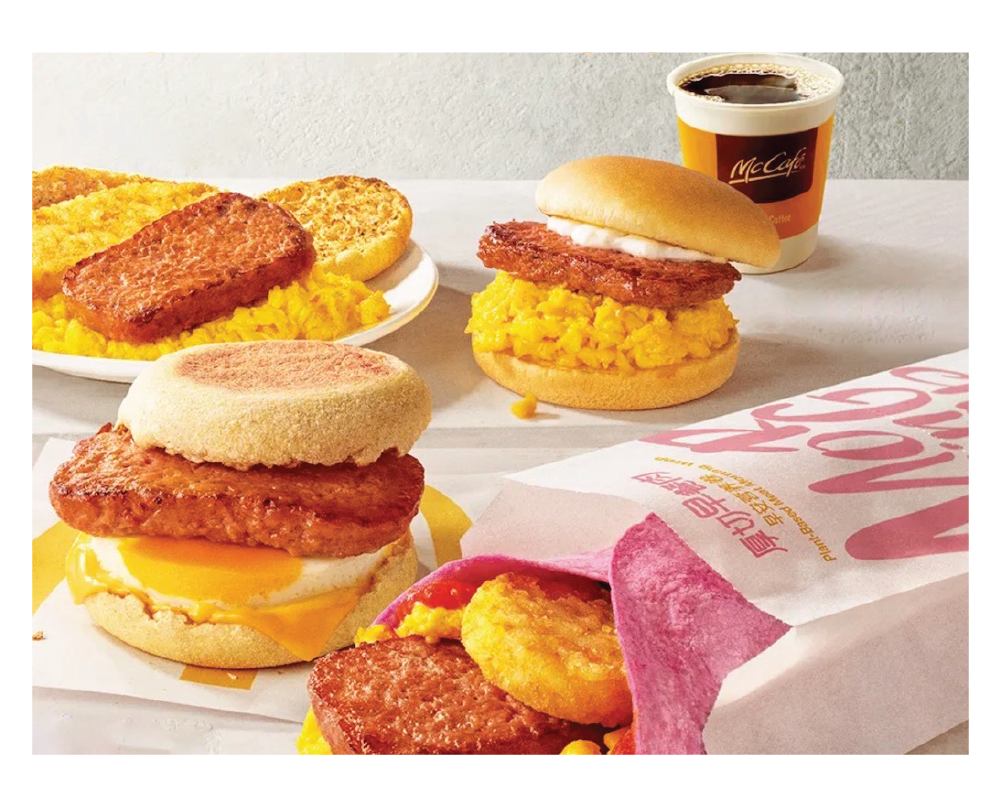 The new menu, which we have confirmed is vegetarian-friendly but not suitable for vegans, will see the Golden Arches offer an Omni Luncheon Meat breakfast menu in three first-tier cities Guangzhou, Shenzhen, and Shanghai; items include a breakfast wrap, ‘Deluxe Breakfast,’ and two breakfast sandwiches. This is the first time McDonald’s has partnered with an alternative protein foodtech company in mainland China.

Speaking to Green Queen Media about the news, Yeung said: “Since the successful launch in Hong Kong and Macau, the launch in mainland China has been long anticipated. We are super thrilled that it is becoming reality. We want to sincerely thank the McDonald’s China team for making this partnership happen and introducing innovative, tasty and sustainable green choices.”

This is the latest in a long list of moves by Green Monday, who broke records with its US$70 million funding round last year and who Fortune Magazine named to their 2020 ‘Change The World list’, to conquer the alternative protein landscape in mainland China. In December, the company celebrated the opening of their first Green Common retail store and cafe in Shanghai. Over the past 18 months, multiple F&B partnerships were announced for OmniPork, Green Monday’s flagship pork alternative made from plants, including at ALDI’s, Starbucks, Crystal Jade and White Castle among others.

In addition, the group just launched ready-meals featuring OmniPork from their OmniEat range at almost all 7-Eleven stores in Hong Kong and Macau, and recently established a presence in Japan. Green Monday also unveiled their own vegan ice cream series made from plant-based milk last week.

According to 2018 data, China consumes 28% of the world’s meat, over twice that of the United States. Alternative protein solutions are key to stopping the growth curve in animal protein demand, which is looking to account for a significant amount of carbon emissions to the global total.