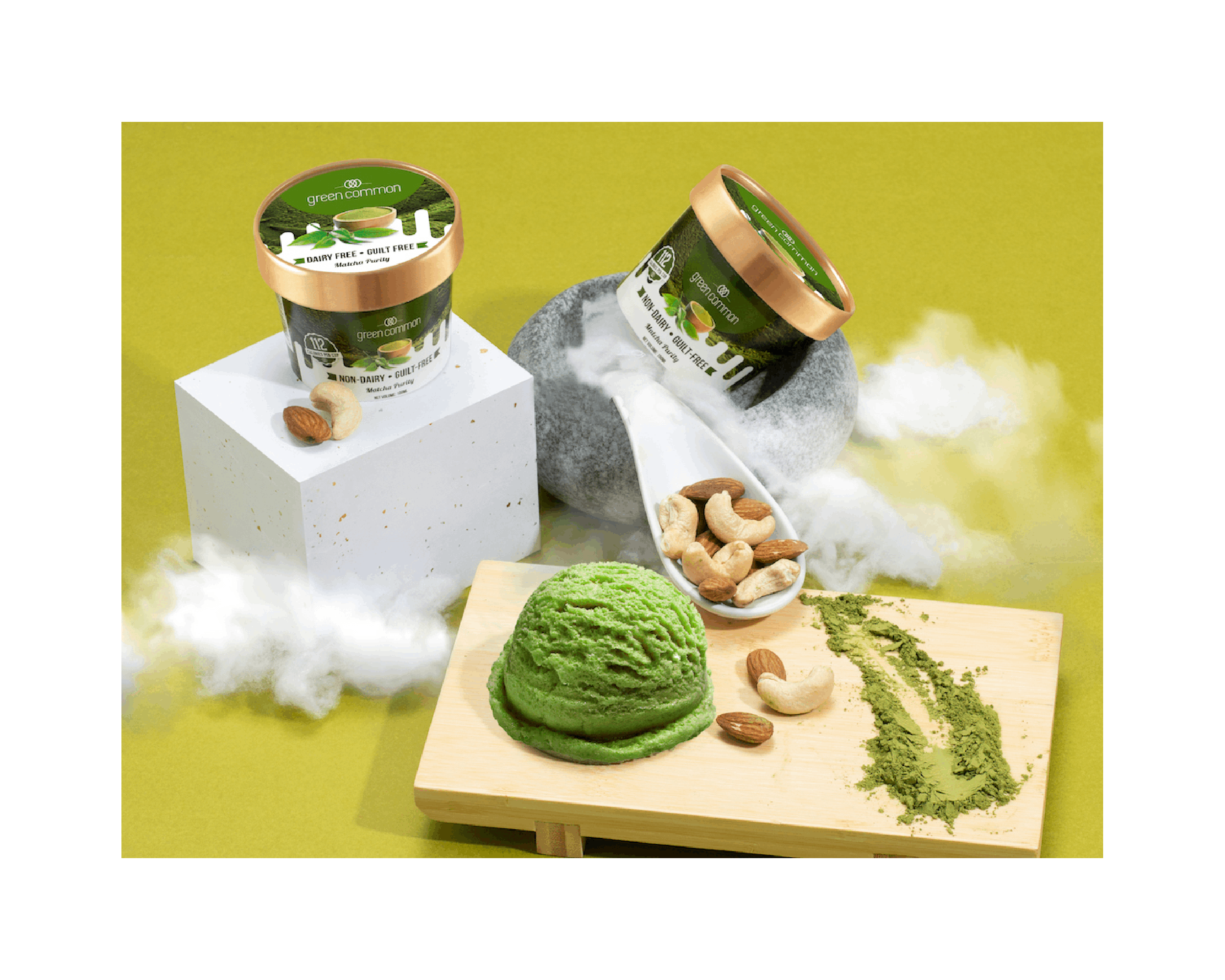 Hong Kong-based Green Monday just launched its first vegan ice cream series at Green Common, its plant-based café and grocery store concept, and the frozen desserts will also be available at over 500 7-Eleven store, the ‘Go Green Fair’ in SOGO Causeway Bay, and select Green Common stores across the city.

According to a recent report, around 70% of the world’s population suffer from lactose intolerance. In Asia, this is more prevalent with around 90% of the population, resulting in a strong demand for alternative to cow’s milk products.

The Green Common frozen desserts are suitable for vegans and lactose-intolerant individuals and when compared to conventional dairy ice creams, they clock in at half the calories, have 75% lower saturated fat, and 44% less sugar. In addition, the ice creams are free from cholesterol and trans fat.

The series is currently the only vegan ice cream brand in Hong Kong to be registered with the Vegan Society, and is available in two flavours, Matcha Purity and Chocolate Hearty.

The Matcha Purity flavour was developed using grounded Japanese Uji matcha powder, coconut milk, and cashew milk, along with prebiotics, a type of dietary fiber that has been linked to improved gut health.

The Chocolate Hearty flavour is created from bean-to-bar, single-origin chocolate from Thailand. Bean-to-bar is an artisanal production process whereby every step of the chocolate making is done by the chocolatier themselves. There is no remelting of chocolate or repackaging/repurposing as their own, a procedure that involves using couverture, commercially produced blocks of chocolate.

Both ice cream flavous are also free from additives such as artificial colouring, preservatives and refined sugar.

In other news, Green Monday recently launched its first Singapore branch of Green Common that will offer customers a wide range of international plant-based dishes, including a 100% vegan version of the beloved local dish Hainanese “chicken” rice. With this new opening, Green Monday’s marks its second Green Common storefront set up outside of Hong Kong, the first being its Shanghai branch opened in late December.

With the launch of its vegan ice creams, Green Monday has joined brands around the world that are ditching traditional dairy products and opting for vegan alternatives that are far less environmentally damaging because they require a fraction of the land, water usage and do not contribute as many emissions as there isn’t any livestock farming needed.

According to a study conducted by Oxford researchers, producing one 200 ml glass of cow’s milk results in nearly 3 times the greenhouse gas emissions of any type of non-dairy milk.

Apart from these reasons, the dairy-free sector has seen a major surge in recent months due to health concerns raised during the pandemic, driving what experts say is a long-term trend sending a massive blow to the dairy industry.

Plant-based gelato brand Sacred Serve recently debuted the world’s first completely plastic-free and recyclable ice cream cartons, that are also compostable and biodegradable, as it is created from a paper-based fibre.

Looking at consumer trends, investors have been pouring money into a number of vegan ice cream startups, including Kind Kones, a Singapore-based vegan ice cream startup, that recently scooped up S$1 million (US$753,900), Eclipse Foods with its star-studded US$12 million Series A and Madrid-based food tech Pink Albatross, who boasts a group of ex-Nestlé directors among its core backers.

Between March 17 to March 30, the Green Common vegan ice creams will be exclusively available in 7-Eleven at a trial price of HKD 25 (approx. US$3.20) for 100ml of either flavours.