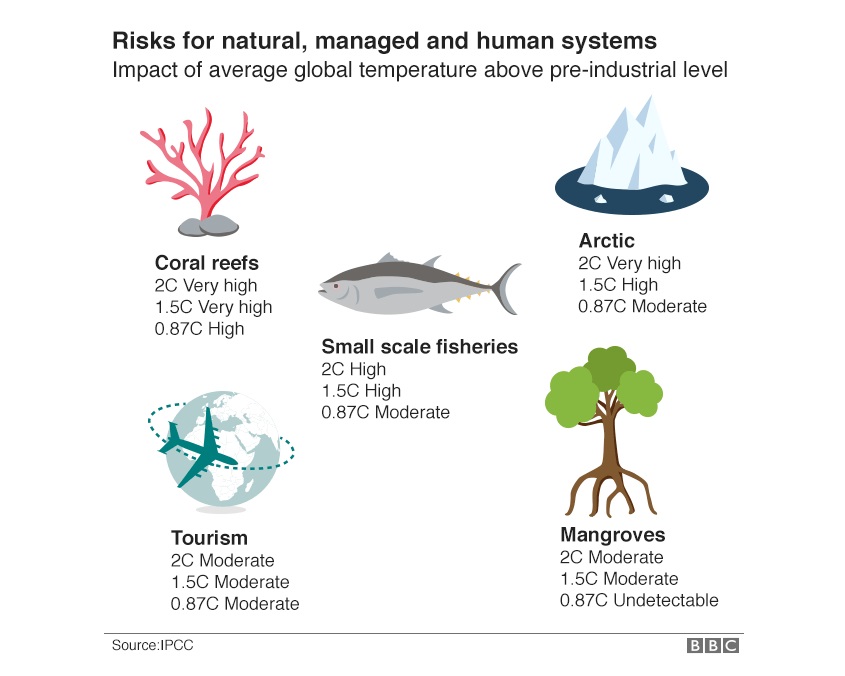 Final call to save the world from ‘climate catastrophe’

It’s the final call, say scientists, in the most extensive warning yet on the risks of rising global temperatures.

Their dramatic report on keeping that rise under 1.5 degrees C says the world is now completely off track, heading instead towards 3C.

Keeping to the preferred target of 1.5C above pre-industrial levels will mean “rapid, far-reaching and unprecedented changes in all aspects of society”.

It will be hugely expensive – but the window of opportunity remains open.

After three years of research and a week of haggling between scientists and government officials at a meeting in South Korea, the Intergovernmental Panel on Climate Change (IPCC) has issued a special report on the impact of global warming of 1.5C.

The critical 33-page Summary for Policymakers certainly bears the hallmarks of difficult negotiations between climate researchers determined to stick to what their studies have shown and political representatives more concerned with economies and living standards.

Despite the inevitable compromises, there are some key messages that come through loud and clear.