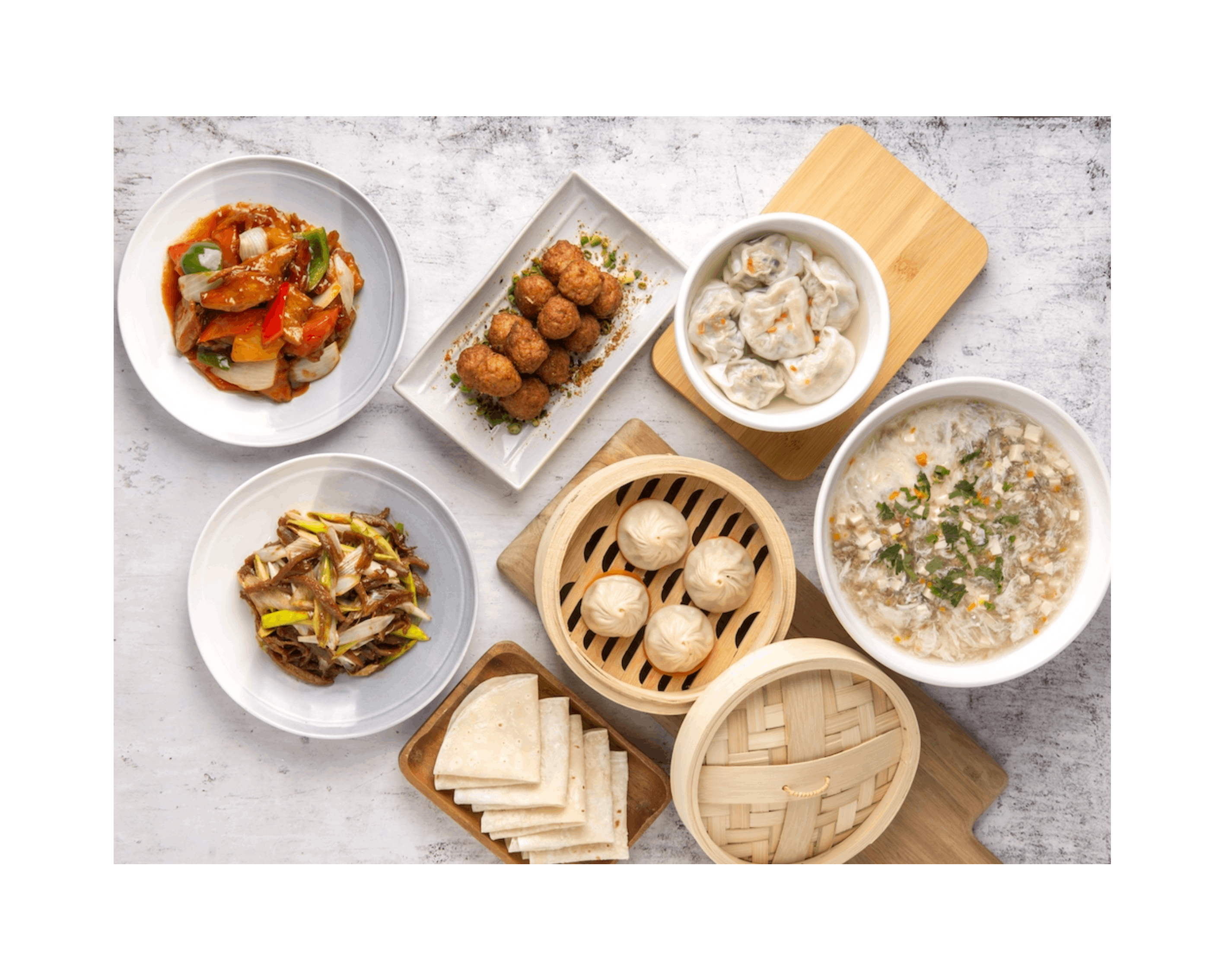 Crystal Jade, the iconic Singapore-headquartered chain famous for its Shanghainese noodles and dumplings, has just launched a new standalone plant-based menu that will be rolled out across Hong Kong, Singapore and Guangdong. Called “Crystal Green”, the menu developed in partnership with Hong Kong’s Green Monday will feature fifteen meatless dishes made with OmniPork, Beyond Meat and Heura.

The Michelin-recommended chain Crystal Jade has just launched a new meat-free menu, in what is Green Monday’s latest QSR feat to make plant-based dining more accessible across Asia. Launched today (January 25) in Hong Kong, the new Crystal Green menu features fifteen dishes in total, including plant-based versions of its most popular dishes loved by mainstream diners, with outlets in Singapore and Guangdong to offer the new items in the coming weeks.

All branches of Crystal Jade in Hong Kong will offer the new plant-based menu, with the exception of its Hong Kong International Airport and Kennedy Town locations.

Like its regular menu staples, the Crystal Green menu will comprise famous traditional dishes from Shanghai, Beijing and Sichuan cuisines, made with OmniPork and OmniPork Strip, the plant-based pork analogues developed by Green Monday’s food tech arm OmniFoods, as well as Spanish startup Heura vegan chicken substitute and plant-based beef by Beyond Meat.

“We are pleased to collaborate with Green Monday not only to introduce vegetarian dishes to our guests, but also to make [a] contribution to our planet, “Peter Cheong, COO, Crystal Jade Culinary Concepts Holding.

Some of these dishes include OmniPork & Celtuce Xiao Long Bao, Beyond Beef and Egg White Soup, OmniPork Strip with Sweet Bean Sauce, and Sweet and Sour Heura Chicken. While the entire menu is meat-free, all the dishes are billed as vegetarian-friendly as they contain dairy or egg ingredients, and therefore not vegan-friendly.

“We are pleased to collaborate with Green Monday not only to introduce vegetarian dishes to our guests, but also to make [a] contribution to our planet,” said Peter Cheong, COO of Singapore-based Crystal Jade Culinary Concepts Holding.

“Hong Kong people have all grown up with xiao long bao and wonton. The experienced chefs from world-renowned Crystal Jade La Mian Xiao Long Bao [have] recreate[d] the nostalgic and hearty tastes with plant-based ingredients,” added David Yeung, founder and CEO of Green Monday, who have recently celebrated the international expansion of their café and grocery store concept Green Common in Shanghai and Singapore.

“With the menu launched in three regions progressively, this launch has the most substantial reach ever,” David Yeung, Founder & CEO, Green Monday.

“While the food [is] absolutely satisfying, ‘Crystal Green’ is also a lead to empower the food industry to take greater social and environmental responsibility. With the menu launched in three regions progressively, this launch has the most substantial reach ever,” Yeung continued.

It’s only the latest QSR collaboration that Green Monday has secured in a bid to make plant-based food more accessible to mass consumers in Hong Kong as the appetite for healthier, sustainable meatless meals continues to surge in the wake of the pandemic. Last year, the group made headlines for its long-term collaboration with McDonald’s Hong Kong, launching and global industry-first vegetarian menu across all locations in the city and in Macau.

Green Monday has also partnered with 7-Eleven, the most popular convenience chain in Hong Kong, to offer its “OmniEats” vegan frozen ready meals that can be microwaved and eaten within minutes across all 800 outlets in the city. It came after Tong Kee Bao Dim, one of Hong Kong’s most iconic franchises offering takeaway dim sum and other classic Cantonese bites, launched four new 100% vegan OmniPork dishes.