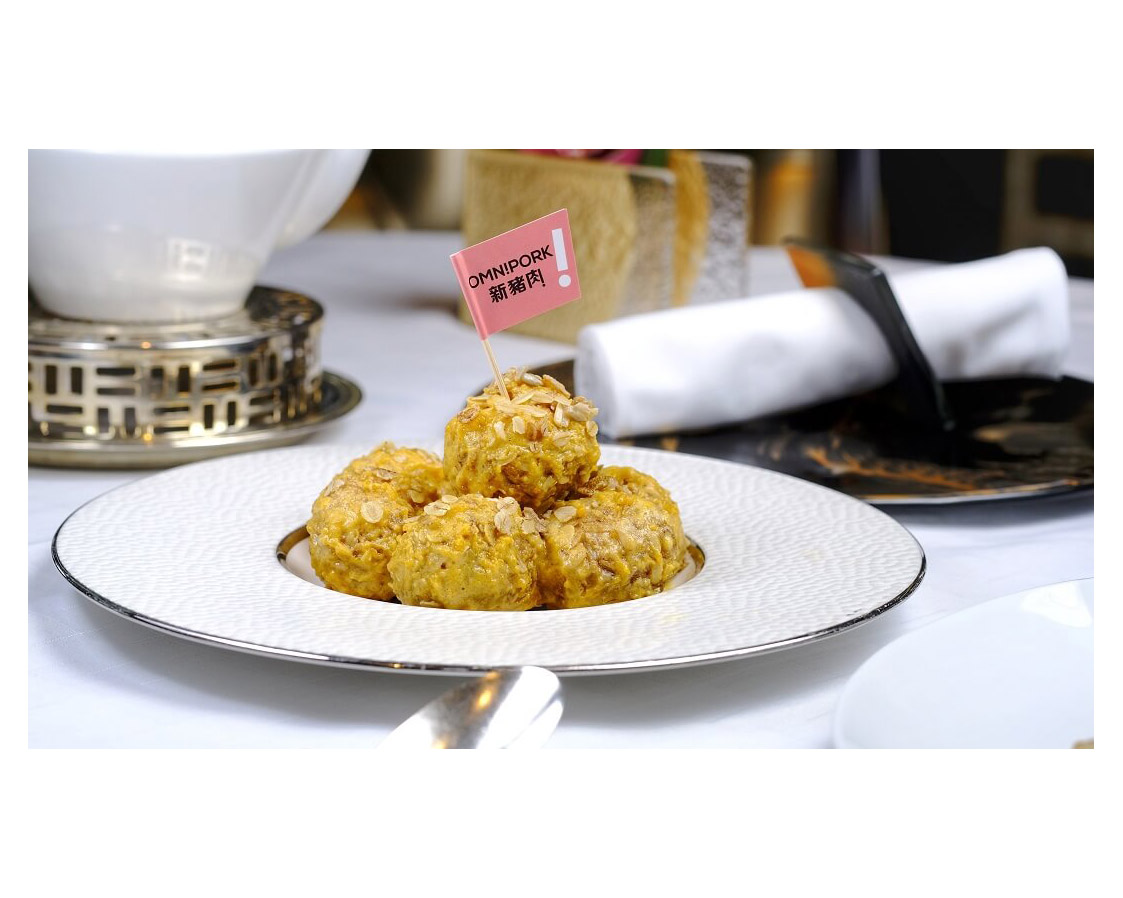 “Major supermarket channels such as ParknShop, City’super, Sogo, Yata now carry Omnipork,” says Yeung. “Omnipork retail pack started selling in Macau roughly 10 days ago and will be available in Singapore within a month.”

OmniPork, which is made from soy, mushroom, and rice protein, launched in Green Common in November 2018, but the outbreak sparked interest among other retailers.

ASF began affecting hog farms in the Guangdong province on December 26, 2018, leading to a 15 to 20 percent increase in pork prices, according to Yeung.

Dr. Mark Schipp vice-president of the World Organisation for Animal Health (OIE), said at a press conference last October that the epidemic is “the biggest threat to any commercial livestock of our generation.” Experts predict that a quarter of the world’s pig population will die as a result of ASF, the Guardian reported.

In China, pork consumption outnumbers beef seven to one. Two seven-floor “hog hotels” have been opened in order to meet the demand and the company behind the multi-story breeding facility aims to open a 13-story farm. The nation raises around 700 million pigs for meat each year, which produces 1.29 billion metric tons of livestock waste that pollutes air and water.

An increasing number of chefs are also interested in serving OmniPork in regional dishes such as hot pot and dim sum. Yeung also predicts that there will be increased interest in the vegan meat next month due to the approaching holiday. “Chinese New Year is coming up on Feb 5th, and next year happens to be the Year of the Pig,” he says.

Reports of the swine flu outbreak were reported by the South China Morning Post last August. The virus can survive in cured pork for more than a year. While not deadly to humans, the outbreak on August 1 resulted in the deaths of 40,000 hogs, and with no vaccine, experts predict that the virus could potentially spread to other nations, including the U.S.

“What we’re seeing so far is just the tip of the iceberg,” Juan Lubroth, chief veterinary officer of the FAO (UN Food and Agriculture Organization) after a three-day meeting in on the matter in Bangkok.