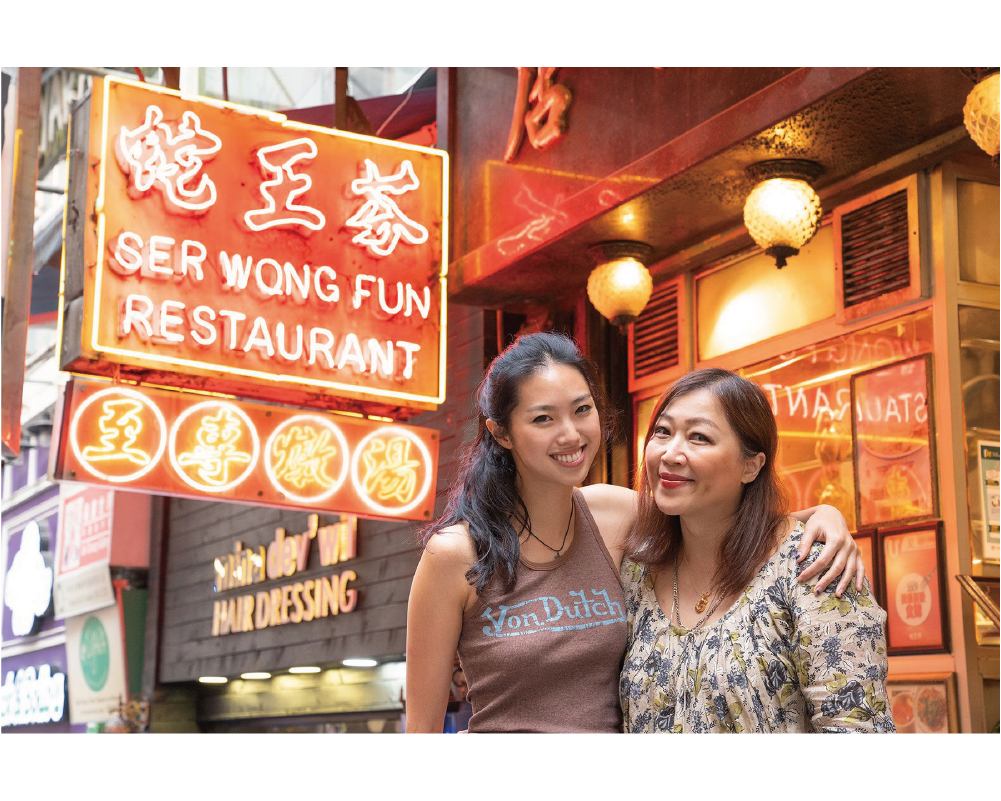 Snakes, Stir-Fry, And (Vegan) Spam: The Dinner Series That Offers A Taste Of Meat-Free Cantonese Cuisine

In more normal times, a 126-year-old restaurant specialising in snake soup would be the last place to expect a vegetarian dinner series to take place—though as we know by now, these times are anything but normal. The restaurant in question is Ser Wong Fun, an establishment among the oldest in Hong Kong which, in addition to its famed snake-based bisque, serves a menu of 178 staple Cantonese dishes—including sweet corn sauce with fried fish, and glutinous rice with preserved sausages—that have stayed unchanged for generations.

For several nights this month, however, Ser Wong Fun’s veteran chefs have set aside those well-worn recipes to make space for 28-year-old Sam Lui, a self-styled “wok apprentice”, to take command of the stoves. Lui, one of Tatler Dining’s Rising Star awardees in 2020, hosts regular dinners at her family’s Sheung Shui soy sauce farm under the moniker of Wendy’s Wok World, a conceptual alter ego that evolved from a performance art project exploring notions of tradition and authenticity, into what is now a private kitchen serving vegetable-focused takes on dishes such as mapo tofu and typhoon shelter sea cucumber.

As she has become more practised, Lui has branched out into collaborations with restaurants and bars around Hong Kong Island; her latest “Omni Wok The World” pop-up was conceived in partnership with sustainable food initiative Green Monday to highlight their OmniPork brand of plant-based meat alternatives. It is her most ambitious yet, serving 64 covers over four nights.

“I’ve actually been the biggest fan of OmniPork for the longest time, literally since they started,” says Lui, recalling how she would tag their official Instagram account every time she shared a dish made using the product as part of a running joke among her friends. “One time David [Yeung, founder of Green Monday] saw a picture of my mapo tofu dish and it caught his eye, so we started messaging and he came and tried it, and we thought we really had to do something together.”

They settled on Ser Wong Fun as the venue thanks to David Yeung’s long-time friendship with fourth-generation owner, Gigi Paulina Ng. A former finance worker and the youngest of six daughters, Ng was at first reluctant to take over the helm of the family restaurant, but in her two decades in the role has dutifully preserved the classic dishes and the restaurant’s loyal following of older customers, while breaking new ground through collaborations with the likes of Michelin-starred Paste Bangkok.

For Ng, this dinner series marks an evolution in the way she views plant-based cuisine. “We have a page of veggie dishes [in our menu], but it’s not fancy stuff, because with the identity of our shop, we still strive to sustain the authenticity, classic tastes and the originality of different forms of the Cantonese-style dishes,” she says. “I really wanted to try [and see] if people would be moved when [plant-based meat] was incorporated into our authentic dishes. When we were invited to Sam’s home to try her ‘wok hei’, I felt that everything clicked in the sense that fresh vegetables were all being mixed together with different colours, while still being kept very hot with adequate seasoning. I could see the same authenticity in her dishes [as at Ser Wong Fun].”

“Wendy’s interest and focus is on technical wok-based Chinese food—it just so happens that there is no meat,” Lui says of her alter ego. “I believe that ‘authentic Chinese wok cuisine’ can still be exactly that using alternative meats—we don’t need to go out of the way to define it differently as ‘vegan cuisine’.”

Ng and Lui are certainly unlikely partners—the former is a veteran of the F&B industry and the face of a business her great-grandparents founded in Guangdong in 1895; and the latter, an ingenue well-versed in the insouciant Instagram aesthetic of Generation Z and in possession of an intriguing propensity for handling a wok, of all things. (“I could have given birth to her!” Ng joked of the generation gap before our interview.) Yet, if Ser Wong Fun and traditional restaurants like it—that is to say, those for whom caviar and uni are as foreign as snake soup is to a French restaurant—are to survive into the future, the Omni Wok The World series offers a tantalising glimpse of a path forward, by subtly incorporating innovative ingredients and food processes with young talent for a nuanced, natural evolution.

The ‘Omni Wok The World’ dinner series is still open for bookings for April 24 and 28, for HK$480 per person. For more information or to reserve, click here.