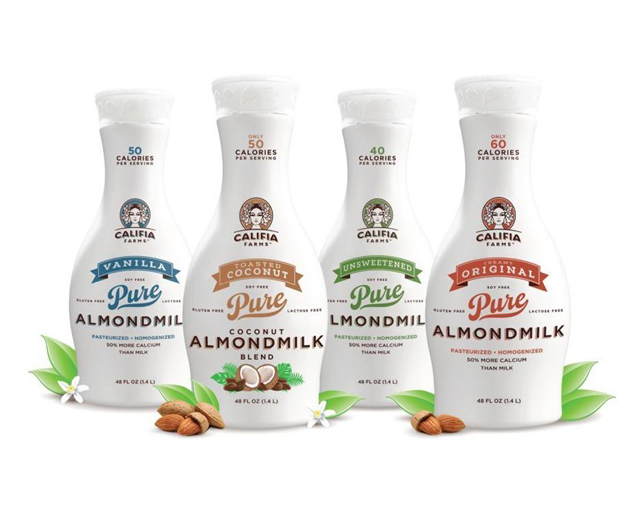 Plant-based milk brand Califia Farms has just announced that it has completed a landmark US$225 million financing in their latest Series D funding round. The investment was led by the Qatar Investment Authority (QIA) alongside other big institutional names including Temasek and Claridge, as well as Hong Kong-based Green Monday Ventures. With the latest financing, Califia Farms is planning for rapid expansion and disruption of the dairy industry, which has already been facing major challenges as consumers are opting for dairy substitutes more than ever before.

Califia Farms has just secured US$225 million in their latest Series D funding round, one of the largest private capital raisings within the natural foods sector. The financing was led by the Qatar Investment Authority, followed by other notable investment players including Singapore-based venture fund Temasek, Canadian firm Claridge, and Hong Kong-headquartered Green Monday Ventures. This latest funding round will help the plant-based milk company launch more product lines and ramp up their production capacity to meet rising global demand for dairy alternatives.

“The more than US$1 trillion global dairy and ready-to-drink coffee industry is ripe for continued disruption, with more individuals all over the world seeking to transform their health and wellness through the adoption of minimally processed and nutrient rich foods that are better for both the planet and animals,” said founder and CEO Greg Steltenpohl.

Since its initial inception in 2010, the Los Angeles-based plant milk company Califia has become one of the most recognisable brands in the dairy substitute market. After the success of their leading product, almond milk, they have launched a range of vegan-friendly beverage products including oat milk, dairy-free creamer, plant-based probiotic yogurt drinks and ready-to-drink almond milk cold brew coffees.

Califia Farms’ latest record-breaking round of funding within the natural foods sector is testament to the exploding demand for plant-based milk, as consumers become more aware about the environmental footprint of their consumption habits. Like livestock farming, dairy production not only generates massive amounts of greenhouse gases, it contributes to topsoil nutrients, water pollution and is an inefficient use of land. Dairy consumption comes with additional health concerns too, with an estimated 65% of the global population being lactose intolerant, and this figure jumps to 90% among Asian populations.

Given the problematic nature of dairy consumption, dairy companies have been taking a tumble. Most recently, American dairy giant Borden became the second major company in the industry after Dean Foods to file for bankruptcy, citing “market challenges” brought on by a nosedive in dairy consumption. The same trend is underway in New Zealand, where Fonterra, the world’s largest dairy exporter has reported its second year of losses in a row. While dairy sales take a tumble, plant-milk consumption has been steadily rising, with global sales of oat milk increasing by an astonishing 636% between 2018 and 2019.

This isn’t just a western trend – consumers are opting for plant milks more than ever in Asia too. Oatly, the Swedish manufacturers of the milled oat-based plant milk, has not only taken over Hong Kong through being served in the two largest coffee chains Starbucks and Pacific Coffee, but has also launched in the massive mainland Chinese market as well. More broadly, the growth of the dairy-free trend in Asia can be observed through the launch of China’s own plant-based yogurts by local company Nongfu Spring to cope with the demand for non-dairy alternatives.