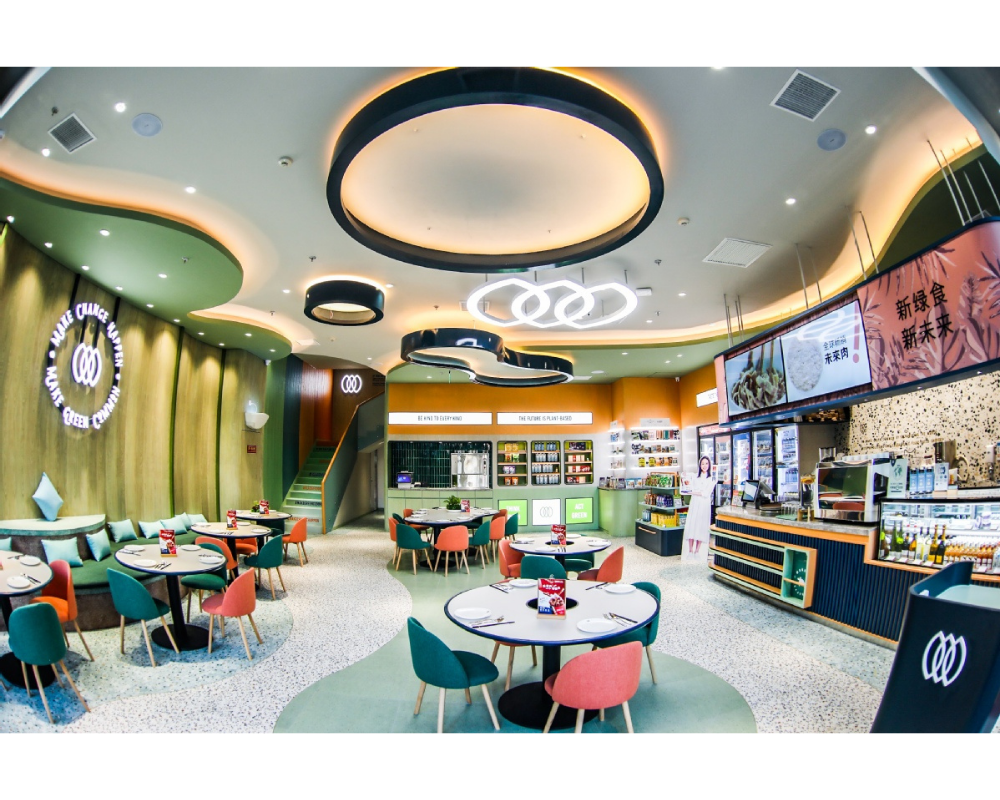 The restaurant Green Common, is located at Raffles City Changning, and provides a variety of vegetarian and vegan dishes, drinks and retail snacks.

Besides the company’s own OmniFoods series, such as plant-based pork mince and luncheon meat, the restaurants also offers products from other popular plant-based brands, including plant-based beef from Beyond Meat, vegan chicken from Heura and oatmilk from Califia Farms.

David Yeung, founder of the company, said, “Food is never just about feeding one’s stomach, because dining is also a social experience which contains emotional and cultural elements. The restaurant aims to provide the public a one-stop experience of plant-based foods and sustainable lifestyle.”

The dishes on the restaurant’s menu include many Asian cuisines prepared with plant-based meat, such as spicy “chicken”, OmniPork wonton and “spam” musubi, with appetizers priced around 35 yuan ($5) and main courses around 70 yuan.

“The diet of humans must change because the Earth cannot feed the ever-growing population on this planet,” he said. “Producing plant-based meat can save a lot more resources than animal meat.”

With more people concerned about sustainability and accepting of plant-based foods, Yeung said that the cost of producing plant-based meat will be lower than animal meat in the next several years.

The company has been building its first factory in the Chinese mainland in Guangdong province, which will start production in next six months, and plans to open more Green Common restaurants in first-tier cities across the country, Yeung said.