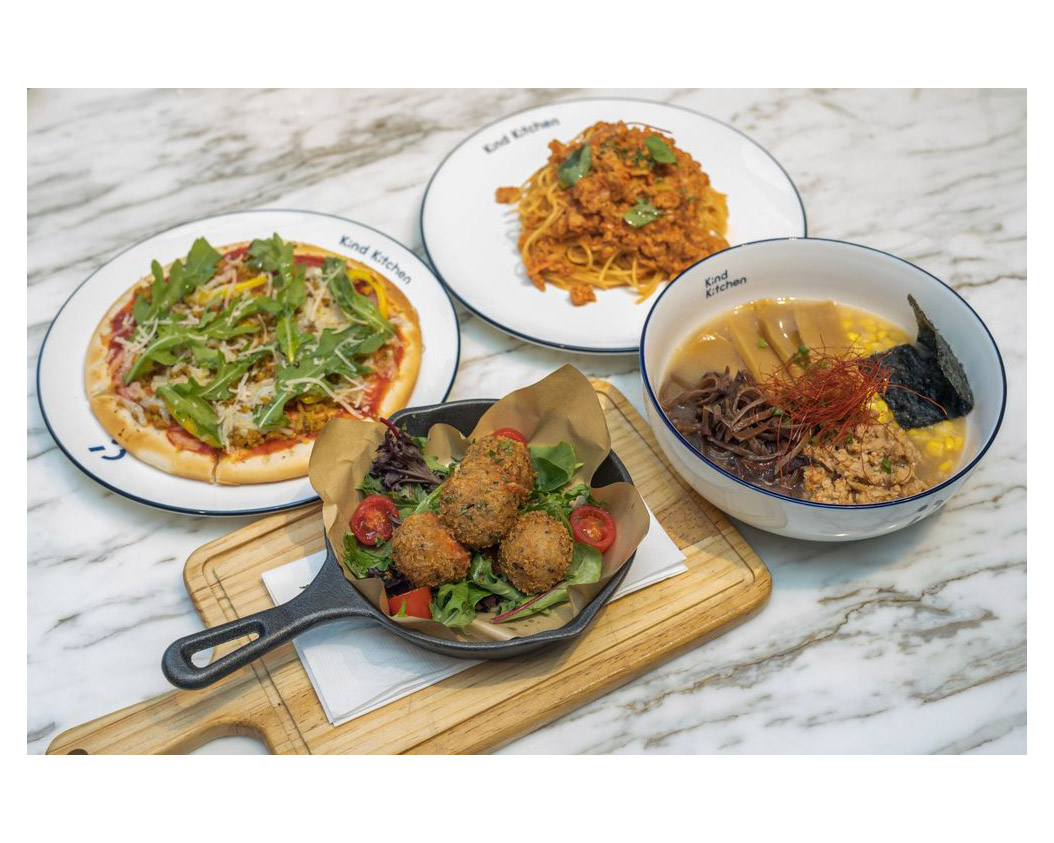 With Chinese consumers eating over half of the 79 million tons of pork consumed worldwide last year, the potential market for its mock pork — made of pea, rice, shiitake mushroom and soy to mimic the taste and texture of the real thing — is immense. That’s if they bite.

The Hong Kong-based start-up is betting that a perfect storm of factors will whet appetites. An outbreak of African swine fever is ravaging China’s hog farms while the Chinese government wants its citizens to reduce meat intake for health reasons. Plant-based meat is also exciting investors with Beyond Meat’s shares surging 542% since its May listing. A Barclays report last month expects the sector to grow tenfold in the next decade to $140 billion.

“Beyond Meat’s IPO success has significantly raised the level of discussion and investor interest in the field,” said Green Monday’s founder David Yeung, who was also an early investor in the El Segundo, California-based company. “2019 is an important inflection point for the alternative meat business, especially in Asia.”

Yeung sees demand for meatless pork from China’s increasingly sophisticated, health-conscious and globalized young consumer pool — the same group that has helped foreign brands like Starbucks Corp. grow their Chinese businesses, despite no history of coffee-drinking in the country. It currently sells its fake pork in Hong Kong, Singapore, Taiwan and the Philippines.

“For 5,000 years, Chinese people didn’t drink coffee. So going by the track record, Starbucks had no business going into China at all,” Yeung said. “What they have created is a new lifestyle. That’s what we want to do. We’re talking about a fundamental shift in eating behavior and philosophy.”

The company says it’s in late-stage discussions with e-commerce platforms and big restaurant and supermarket chains to stock its meatless pork in Asia’s largest economy by the end of this year. Its first partnerships in China will be with companies it already works with in other Asian markets, like hotel chain Hyatt and Walt Disney Co., said Yeung.

“We are concerned whether the swine fever will continue to spread,” said Wilson Lee, general manager at The Hyatt Regency in Sha Tin, Hong Kong, which already sells six dishes, including Sichuan chili dumplings, made with Green Monday’s mock pork. “But the key reason is that we want to provide more options to attract customers.”

Beyond Meat sales in the Asian region, through Green Monday distribution channels, has tripled every year since its launch in 2015, according to Yeung.

More than a million hogs have been culled in China since last August when the African Swine Fever outbreak was first reported. The supply shortage could force pork prices to rise by more than 70% in the second half of 2019, compared to the year before, according to the Ministry of Agriculture and Rural Affairs.

That’ll be a blow to Chinese households, for whom pork represents over 60% of daily meat intake. They ate 41.2 million tons of pork in 2018, out of a total global demand of 78.8 million tons, according to data from Euromonitor.

Still, the company will be competing in a country that has a very different diet from the U.S. or other Western countries.

China leads the world in vegetable consumption, according to the Food and Agricultural Organization. Each person consumed almost 350 kilograms in 2013. That compares with just 114 kilos per head in the U.S. and 97 kilos in the U.K.

And its wide variety of local dishes utilizes pork in many forms beyond minced, which is currently the company’s only product. Fatty pork and barbecued pork are both cherished versions of the meat, and Green Monday’s researchers have not yet created meatless alternatives that can mimic these tastes and textures.

“Whether alternative pork can eventually replace pork depends on whether the technology can continue to improve offerings that match pork cooked in different ways,” said Hyatt Regency’s Lee. “For example, we’ll see if the technology can provide the Chinese barbecue pork.”

Prospects are bright for the global fake meat industry as environmental, animal welfare and health concerns boost demand. “We believe that there is a bigger market opportunity for plant-based protein than perhaps was even argued for electric vehicles ten years ago,” the Barclays report said.

The price gap between pork and Green Monday’s product has narrowed in Hong Kong after Swine Fever-related culling constrained pork supply. A 230-gram pack of Omnipork costs HK$43 ($5.50), while 500 grams of pork now costs between HK$90 to HK$100.

In China, the price for Omnipork hasn’t been set yet but it’ll be higher than the normal pork that could go as low as 20 yuan ($2.9) per 500 grams, while much cheaper than premium fresh pork that can sell as high as about 100 yuan, Yeung said.

Hyatt Regency’s Lee said that customers have accepted meat alternatives more easily than he had anticipated. “As long as we tell them what it’s made of, a good number of them don’t hesitate to try,” he said. “They are pleasantly surprised to taste familiar meat dishes made with plant-based products.”

Yeung prized familiarity above all in hiring the Canada-based research team that developed Omnipork. Besides scientific expertise, a strict criteria was that his employees needed to understand Asia’s umami-laden food culture.

“They may not speak Chinese or other Asian languages but they need to know what’s xiao long bao and what’s char siu,” said Yeung referring to the famous broth-filled dumplings and barbecued pork dish. “We are making meat for Asians.”