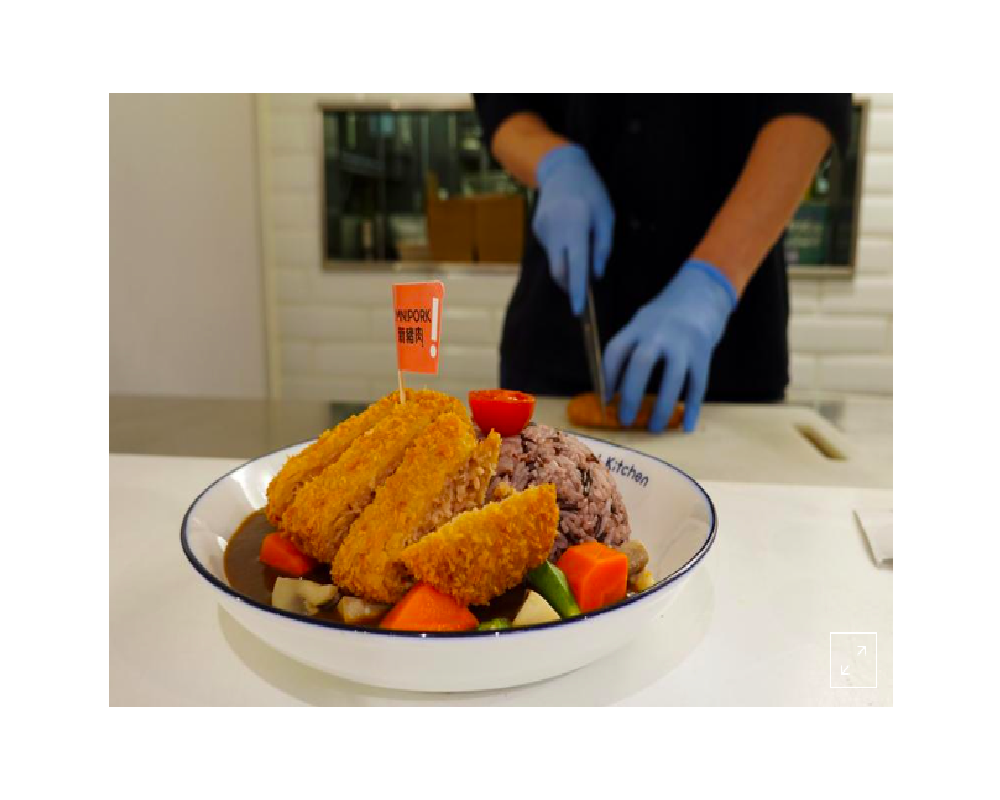 HONG KONG (Reuters) – Demand for plant-based protein foods is surging in Asia, suppliers say, as suspicion over possible links between wild animal meat and the new coronavirus drives some consumers, particularly in Hong Kong and mainland China, to rethink diets.

“Because of the coronavirus, people have started to pay more attention to their diet and health,” said Lee, 40, serving up burritos in his kitchen made using a plant-based pork alternative. “People now are more afraid of getting sick.”

Even before the coronavirus pandemic, consultancy Euromonitor last year predicted China’s ‘free from meat’ market, including plant-based products meant to replace meat, would be worth nearly $12 billion by 2023, up from just under $10 billion in 2018.

That had already attracted interest from leading U.S. players like Beyond Meat BYND.O and Impossible Foods, with coffee chain Starbucks Corp SBUX.O and Yum China’s YUMC.N KFC fast food chain announcing plans this week to get in on the act with plant-based product promotions.

“Ironically and unfortunately we have such a dramatic outbreak, devastating everyone and everywhere, which becomes this massive catalyst,” said David Yeung, founder of Hong Kong-based Green Monday, which supplies products from Beyond Meat across Asia. The global death toll from the pandemic has now topped 170,000, with more than 4,600 reported dead in mainland China.

China remains the world’s biggest consumer of meat, with a retail value equal to roughly $170 billion annually, according to Euromonitor. On that scale, meat will dwarf alternative products for many years to come.

But Green Monday’s Yeung said his company’s online sales have more than doubled in the last two months, citing the impact of the coronavirus: Among the most popular purchases is a pork substitute called Omnipork, used in dumplings, noodles and rice, while Beyond burgers, plant-based chicken nuggets and non-dairy milks have also been doing well, he said.

JUST, a San Francisco-based company that makes egg products from mung beans, says its sales on Chinese ecommerce platforms JD.com and Tmall of JUST Egg have surged 30% since the coronavirus outbreak.

At Impossible Foods, Nick Halla, senior vice president for international, said China’s need for meat options was growing rapidly and the country is their most important target market globally.

Impossible Foods is working through the regulatory process to enter mainland China but debuted its replacement beef product to 40,000 consumers in November last year at a trade show in Shanghai.

Meanwhile restaurant firm Yum China’s KFC chain will sell plant-based fried chicken for the first time in China at three outlets in a promotion between April 28 and 30. The nuggets will be supplied by U.S. agribusiness giant Cargill Ltd [CARGIL.UL].

And Starbucks said on Monday it would roll out a new plant-based lunch menu in China this week, launching Beyond Meat’s products. The world’s biggest coffee chain has now reopened most of its stores in China.

Online food group Deliveroo, which delivers meals including Impossible burgers around Hong Kong, said first-quarter growth in orders of vegan food in the city matched a doubling in orders of other food compared with a year earlier.

On the mainland, China’s Zhenmeat – sometimes referred to by state media as the country’s answer to Beyond Meat – is betting on sales booming once restaurants resume normal business across the country.

Vince Lu, chief executive and founder, said the company is planning to expand into Shanghai and Shenzhen from Beijing, where it currently sells its beef substitute products in 50 restaurants.

“After the coronavirus, Chinese people have more consciousness not to eat wild animals and eat the right sources of protein,” said Lu.

In his Hong Kong kitchen, fitness trainer Lee said the coronavirus has brought huge change to life in the city, including dining habits.

“One year ago, when we were sick, no matter it was cold, flu or fever, we still went out with friends and ate hotpot together with no problem at all,” he said. “But now if you have a mild sore throat, when you cough a bit, people next to you will jump ten metres away from you.”