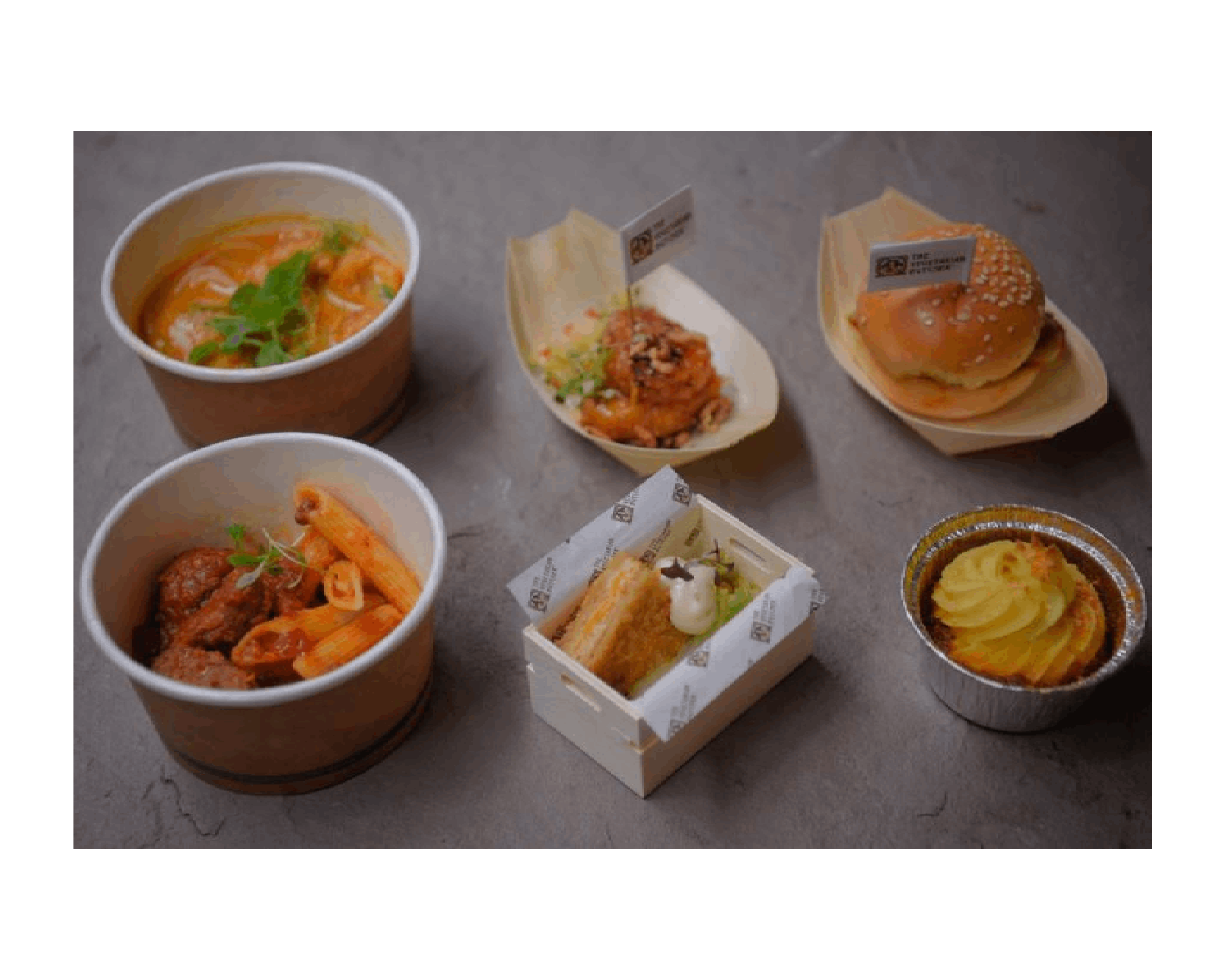 SINGAPORE – A slew of plant-based product launches here ended last year on a high, with the spotlight trained on the booming alternative meat industry.

Covid-19 has accelerated the growth of the plant-based product scene, say industry players, as people become more concerned about food security and more socially conscious – whether for sustainability, environmental, ethical or health reasons.

ALTN, which has been two years in the making, features a range of frozen, ready meals and snacks made with plant-based proteins such as fungus, peas and soy.

Expect a greater proliferation of meat-substitutes to continue flooding the scene this year, as Singapore shapes up to become a hub for alternative meats.

All eyes are now on Hong Kong’s plant-based lifestyle platform Green Monday Group, which will open its concept store and cafe Green Common this month (January) at VivoCity. Spanning more than 3,000 sq ft, the plant-based one-stop shop will feature a variety of brands including Beyond, Heura and Alpha Foods.

Next up, food tech company Next Gen will debut plant-based chicken here in March. The brand set up its research and development centre and headquarters here in October last year.

Other local companies making waves include Float Foods, which will roll out its plant-based egg patty and shredded egg – good for stir-fries and fried rice – later this year. Its plant-based whole egg substitute – called OnlyEg – is made with legumes and will launch in the first quarter of next year.

In another laboratory across the island, Ants Innovate, a spin-off from the Agency for Science, Technology and Research, is working at creating cuts of pork using cell-culture technology. Its cultivated meat snack and cutlet – which moves beyond minced meat – is slated to debut later this year.

Within the next few years, the company is also looking to churn out steak and pork belly.

And that is the trend Mr Yuan Oeij, chairman of The Prive Group, foresees – the plant-based movement venturing beyond options such as minced meat and nuggets to more substantial cuts.

Constantly on the lookout for brands to work with for his restaurants, he hopes more alternative seafood choices enter the market. He pays attention to plant-based brands that offer products that are “cleaner” – where lesser ingredients and additives are used.

To spread awareness, the vegan restaurateur is also active in engaging fellow food and beverage operators to offer more plant-based options on the menu and go beyond offering a token dish to test the market.

Mr Oeij says: “There is a huge lack of places that cater well to mixed palates. People dine out as a group and you could attract more diners with a wider variety on the menu.

“As demand for plant-based options is constantly increasing, it is not a fad. People who are willing to make the switch are still a minority and it will take time. What’s great is that Singapore is rising as a front runner and brands setting up shop here put us on the map.”